Neuroscientists at the University of Massachusetts Amherst have demonstrated in new research that dopamine plays a key role in how songbirds learn complex new sounds.

Published in the Journal of Neuroscience, the finding that dopamine drives plasticity in the auditory pallium of zebra finches lays new groundwork for advancing the understanding of the functions of this neurotransmitter in an area of the brain that encodes complex stimuli.

"People associate dopamine with reward and pleasure," says lead author Matheus Macedo-Lima, who performed the research in the lab of senior author Luke Remage-Healey as a Ph.D. student in UMass Amherst's Neuroscience and Behavior graduate program. "It's a very well-known concept that dopamine is involved in learning. But the knowledge about dopamine in areas related to sensory processing in the brain is limited. We wanted to understand whether dopamine was playing a role in how this brain region learns new sounds or changes with sounds."

Studying vocal learning in songbirds provides insight into how spoken language is learned, adds behavioral neuroscientist Remage-Healey, professor of psychological and brain sciences. "It's not just the songbird that comes up with this strategy of binding sounds and meaning using dopamine. There's something parallel here that we ¬- as humans - are interested in."

The research team conducted a range of experiments in vitro and in vivo, poking neurons under the microscope and in the brains of live birds that were watching videos and hearing sounds. Ultimately, the scientists obtained anatomical, behavioral and physiological evidence to support their hypothesis about the role of dopamine.

Using antibodies, the researchers showed that dopamine receptors are present in many types of neurons in the songbird auditory brain ¬- they can be inhibitory or excitatory and may also contain an enzyme that produces estrogens. "Dr. Remage-Healey's research has shown that in the auditory brain of songbirds of both sexes, neurons produce estrogen in social situations, like when listening to birdsong or seeing another bird. We think that dopamine and estrogens might be working together in the sound learning process, but this work focused on dopamine because there was still so much we didn't know about how dopamine affected the songbird brain," explains Macedo-Lima, now a postdoctoral associate at the University of Maryland.

Macedo-Lima developed a test, similar to the well-known Pavlov's dog experiment, in which the birds sat alone in a chamber and were presented with a random sound followed immediately by a silent video of other birds. "We wanted to focus on the association between a meaningless sound - a tone - and the behaviorally relevant thing, which is another bird on video," he says.

The researchers looked at the birds' auditory brain regions after this sound-video pairing, using a gene marker known to be expressed when a neuron goes through change or plasticity. "We found this very interesting increase in this gene expression in the left hemisphere, the ventral part of the auditory region, in dopamine receptor-expressing neurons, reflecting the learning process, and paralleling human brain lateralization for speech learning," Macedo-Lima says.

To show the effect of dopamine on the basic signaling of neurons, the researchers used a whole cell patch clamp technique, controlling and measuring the currents the neurons received. They found in a dish that dopamine activation decreases inhibition and increases excitation.

"This one modulator is tuning the system in a way that ramps down the stop signals and ramps up the go signals," Remage-Healey explains. "That's a simple yet powerful control mechanism for how animals are potentially encoding sound. It's a neurochemical lever that can change how stimuli are registered and passed on in this part of the brain."

The same effect occurred when the birds were played birdsong from other songbirds - the excitatory neurons responded more and the inhibitory neurons responded less when dopamine activation occurred. "We were happy to replicate what we saw in a dish in a live animal listening to actual relevant sounds," Macedo-Lima says.

Dopamine activation also made these neurons unable to adapt to new songs presented to the animal, which strongly corroborates the hypothesis of dopamine's role in sensory learning. "We currently don't know how dopamine affects sensory learning in most animals," Macedo-Lima says, "but this research gives many clues about how this mechanism could work across vertebrates that need to learn complex sounds, such as humans." 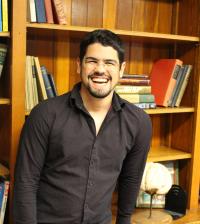