Throughout the history of life on Earth, multicellular life evolved from single cells numerous times, but explaining how this happened is one of the major evolutionary puzzles of our time. However, scientists have now completed a study of the complete DNA of one of the most important model organisms, Gonium pectorale, a simple green algae that comprises only 16 cells.

This microscopic organism is helping to fill the evolutionary gap in our understanding. The two year research project was a global collaboration between Kansas State University, Universities of Arizona and Tokyo, and Wits University. It is documented in the prestigious journal Nature Communications.

Pierre Durand, a researcher in the department of Molecular Medicine and Haematology and the Evolutionary Studies Institute at Wits University is one of the project collaborators.

"The evolution from unicellular to multicellular life was a big deal. It changed the way the planet would be forever. From worms to insects, the dinosaurs, grasses, flowering plants, hadedas and humans, you just have to look around and see the extraordinary forms of multicellular existence," says Durand.

"It has been difficult to explain how this occurred because it was not an easy thing to have happened. So questions like 'why did single cells live together in groups at the very beginning of multicellularity when it puts them at a fitness disadvantage?' challenged us for a long time," says Durand. We still don't know most of the answers but this project has certainly filled one of the gaps in our current understanding.

There are many model systems for studying multicellularity but nothing quite like the volvocine green algae, the group to which G. pectorale belongs.

There are many members of the volvocines with varying degrees of complexity, so it is possible to examine different stages on the road to multicellularity. The volvocines also evolved relatively recently (during the Triassic period about the time when the first dinosaurs appeared) and the mysteries of multicellularity are not lost in evolutionary time.

Reporting on the genome sequencing of Gonium pectorale, the scientists uncovered some of the genes that regulate cellular growth and division in this organism. This finding helps explain how single cells live together in groups - one of the earliest steps on the path to a multicellular existence.

How and why single cell organisms evolved into multicellular life 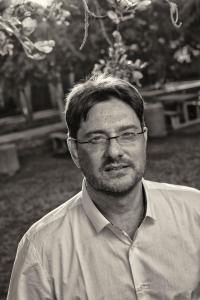 Pierre Durand, University of the Witwatersrand