Much has changed technologically since NASA's Galileo mission dropped a probe into Jupiter's atmosphere to investigate, among other things, the heat engine driving the gas giant's atmospheric circulation.

A NASA scientist and his team at the Goddard Space Flight Center in Greenbelt, Maryland, are taking advantage of those advances to mature a smaller, more capable net flux radiometer. This type of instrument tells scientists where heating and cooling occurs in a planet's atmosphere and defines the roles of solar and internal heat sources that contribute to atmospheric motions. The next-generation radiometer is specifically being developed to study the atmospheres of Uranus or Neptune, but could be used on any target with an atmosphere.

Of all the planets in the solar system, only Uranus and Neptune -- called the ice giants because they are composed mostly of ices -- remain relatively unexplored. While Voyager 2 snapped photos of the seventh and eighth planets, it did not obtain the breathtaking details that the Galileo and Cassini missions gathered about Jupiter and Saturn. Even far-flung Pluto scored a close-up look with the New Horizons mission in 2015.

A lot remains to be discovered, said Shahid Aslam, who is leading the team developing the next-generation instrument, an effort funded by NASA's Planetary Concepts for the Advancement of Solar System Observations, or PICASSO, program.

Scientists do know that both Uranus and Neptune host a slushy mantle of water, ammonia, and methane ices, while their atmospheres consist of molecular hydrogen, helium, and methane gas. However, differences exist in these cold outer Jovian worlds.

As temperatures fall below -333.7 degrees Fahrenheit, ammonia gas freezes into ice crystals and drops out of the atmospheres of both planets. Methane -- a blue-colored gas -- becomes dominant. While atmospheric-methane content is similar in both planets, they look different. Uranus appears as a hazy blue-green, while Neptune takes on a much deeper color blue. Some unknown atmospheric constituent is thought to contribute to Neptune's deeper blue color, Aslam said.

Also, Uranus lacks internal heat. Consequently, its clouds are cold and don't billow above the top haze layer. Neptune, on the other hand, radiates as much energy as it receives from the Sun. This internal energy gives Neptune an active, dynamic atmosphere, distinguished by dark belts and bright clouds of methane ice and cyclonic storms.

Because NASA has never flown a dedicated mission to the ice giants, details of the physics driving these atmospheric conditions remain elusive, Aslam said.

He believes the new instrument could provide answers.

It's a successor to a similar type instrument that gathered data about Jupiter's atmospheric conditions before being crushed by Jupiter's atmospheric pressure in December 1995. During that perilous, 58-minute ride deep into the planet's atmosphere, Galileo's net flux radiometer -- one of several mounted inside the probe -- measured radiation that reached the planet from the Sun above as well as the thermal radiation or heat generated by the planet itself below. These top and bottom measurements helped scientists calculate the difference between the two -- a measurement called net flux.

In addition to providing details about atmospheric heating and cooling, net flux data reveal information about cloud layers and their chemical composition. "Actually, you can learn a lot from net flux data, especially sources and sinks of planetary radiation," Aslam said.

Like its predecessor, Aslam's instrument would take a suicidal plunge through the atmospheres of either Uranus or Neptune. But as it made its descent, it would gather information about these poorly understood regions with greater accuracy and efficiency, Aslam said. "Available materials, filters, electronic detectors, flight computing, and data management and processing have all improved. Frankly, we have better technology all the way around. It's clear that the time is now to develop the next generation of this instrument for future atmospheric entry probes," he said.

Instead of using pyroelectric detectors employed on Galileo, for example, Aslam is eyeing the use of thermopile sensors, which convert heat or infrared wavelengths or heat into electrical signals. The advantage is that thermopile circuitry is less susceptible to disturbances and electrical noise.

Aslam's team is also adding two additional infrared channels to measure heat, bringing the total to seven, and two additional viewing angles with which to gather these wavelengths and help model light scattering. When light scatters in one field of view due to interactions with aerosols and ice particles, the scattering can contaminate measurements in another field of view. This gives scientists a skewed picture of what's happening when they analyze the data.

Furthermore, the instrument's tighter field of view will reveal greater detail about the planet's cloud decks and atmospheric layers as the instrument makes it descent. Just as important, the instrument is smaller and its sensors employ modern application-specific integrated circuits that support fast data sampling, Aslam said. 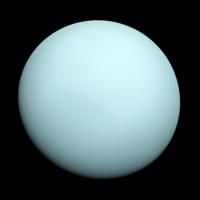