Are cats getting fatter?

Until now, pet owners and veterinarians didn't know for sure. Now University of Guelph researchers have become the first to access data on more than 19 million cats to get a picture of typical weight gain and loss over their lifetimes.

The researchers at U of G's Ontario Veterinary College (OVC) discovered most cats continue to put on weight as they age, and their average weight is on the rise.

The findings, published in the Journal of the American Veterinary Medical Association, reveal that even after cats mature from the kitten phase, their weight still creeps up until they are, on average, eight years old.

This research -- the first of its kind to use such a large data pool -- provides important baseline information for vets and pet owners about cat weight changes, said Prof. Theresa Bernardo, the IDEXX Chair in Emerging Technologies and Bond-Centered Animal Healthcare.

"As humans, we know we need to strive to maintain a healthy weight, but for cats, there has not been a clear definition of what that is. We simply didn't have the data," said Bernardo. "Establishing the pattern of cat weights over their lifetimes provides us with important clues about their health."

Lead author Dr. Adam Campigotto, along with Bernardo and colleague Dr. Zvonimir Poljak, analyzed 54 million weight measurements taken at vets' offices on 19 million cats as part of his PhD research. The research team broke down the data to stratify any differences over gender, neutering status and breed.

They found male cats tended to reach higher weight peaks than females and spayed or neutered cats tended to be heavier than unaltered cats.  Among the four most common purebred breeds (Siamese, Persian, Himalayan and Maine Coon), the mean weight peaked between six and 10 years of age. Among common domestic cats, it peaked at eight years.

As well, the team noted that the mean weight of neutered, eight-year-old domestic cats increased between 1995 and 2005 but remained steady between 2005 and 2015.

"We do have concerns with obesity in middle age, because we know that can lead to diseases for cats, such as diabetes, heart disease, osteoarthritis and cancer," said Campigotto.

"Now that we have this data, we can see that cat weights tend to follow a curve. We don't yet know the ideal weight trajectory, but it's at least a starting point to begin further studies."

The team noted that 52 per cent of the cats among the study group had only one body weight measurement on file, which may suggest their owners did not bring the animals back in for regular vet checkups or took them to a different veterinary clinic.

Bernardo said just as humans need to be aware of maintaining a healthy weight as they age, it's important to monitor weight changes in cats.

"Cats tend to be overlooked because they hide their health problems and they don't see a vet as often as dogs do. So one of our goals is to understand this so that we can see if there are interventions that can provide more years of healthy life to cats."

Discussions about body weight throughout a pet's lifetime could be a useful gateway for veterinarians to engage more cat owners in the health of their pets, she added.

"The monitoring of body weight is an important indicator of health in both humans and animals. It's a data point that is commonly collected at each medical appointment, is simple to monitor at home and is an easy point of entry into data-driven animal wellness."

For owners concerned about their cat's health or weight gain, Campigotto advises buying a scale and getting in the habit of weighing their pet.

"If your cat is gaining or losing weight, it may be an indicator of an underlying problem," he said.

The research team plans to study ways of reducing cat obesity including looking at the use of automated feeders that could dispense the appropriate amount of food for a cat. These feeders could even be equipped with built-in scales.

"We are ultimately changing the emphasis to cat health rather than solely focusing on disease," said Campigotto.

"As we investigate the data and create new knowledge, it will enable veterinarians to offer clients evidence-based wellness plans, allow for earlier identification and treatment of disease and an enhanced quality of life for their animals." 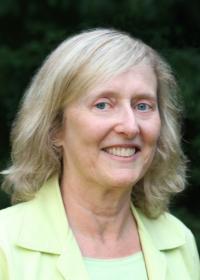