When Cecil the Lion was killed last year by a trophy hunter in Zimbabwe, it caused an international outcry. Now researchers from the Universities of Southern Denmark and Oxford have calculated that many more males from the same park are likely to die in conflicts with humans.

Cecil the Lion lived in the national park Hwange in Zimbabwe. One day he wandered out of the park - though some claim that he was lured out by his killer, a trophy-hunting dentist from the USA.

The death of Cecil made headlines all over the world. One reason was that he was a particularly famous member of the park's lion population, another that he came to symbolize how difficult it may be to effectively protect animals even in national parks.

There was no - and is still no - fence around Hwange, so animals from the park can freely cross its boundaries.

Male lions do this regularly, and this puts them at high risk of being killed outside the park.

Now researchers from the Universities of Southern Denmark and Oxford present a demographic model for estimating the risk using data of the past 15 years.

"69 out of 100 males were estimated to have died from age-independent causes in Hwange, and will continue to do so if estimated death rates remain unchanged. This means these males do not die of old age. The most likely cause of death is to be killed by trophy hunters or local farmers protecting their herds", says Julia Barthold, postdoc, Max-Planck Odense Center on the Biodemography of Aging, University of Southern Denmark.

The Hwange National Park lies in north-western Zimbabwe. The study area extends to 7,000 square kilometers, and the park borders on hunting concessions in the north and north-east. Human settlements occur on the north and east of the park.

The researchers applied the same model to another area that is less disturbed: A 2,000-square-kilometer area in the Serengeti National Park in Tanzania. This population has almost no contact with humans.

"In Serengeti only 6 out of 100 male lions are likely to die from age-independent causes, meaning only very few die at the hands of humans", says Julia Barthold.

Death of male lions may impact the whole population

When a male lion dies it has big implications. The social structure of the pride is disturbed and this often leads to fights between the remaining males and new intruders that compete for control of the pride. New males usually kill the pride's cubs and chase away male sub-adults before these are old enough to manage on their own.

The females, trying to protect their cubs from aggressive males, may also get injured.

"How trophy hunting impacts the population as a whole is a key research question for lion conservation.", explains Julia Barthold, adding:

"Our mortality estimates can be used to improve lion population management." 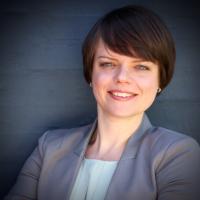