A research team in Korea has developed a ceramic fuel cell that offers both stability and high performance while reducing the required amount of catalyst by a factor of 20. The application range for ceramic fuel cells, which have so far only been used for large-scale power generation due to the difficulties associated with frequent start-ups, can be expected to expand to new fields, such as electric vehicles, robots, and drones.

The Korea Institute of Science and Technology (KIST) announced that a team led by Dr. Ji-Won Son at the Center for Energy Materials Research, through joint research with Professor Seung Min Han at the Korea Advanced Institute of Science and Technology (KAIST), has developed a new technology that suppresses the deterioration brought on by the reduction-oxidation cycle, a major cause of ceramic fuel cell degradation, by significantly reducing the quantity and size of the nickel catalyst in the anode using a thin-film technology.

Dr. Ji-Won Son explained the significance of the study, stating, "Our research into the novel anode fuel cell was systematically conducted at every stage, from design to realization and evaluation, based on our understanding of reduction-oxidation failure, which is one of the primary causes of the destruction of ceramic fuel cells." Dr. Son also commented, "The potential to apply these ceramic fuel cells to fields other than power plants, such as for mobility, is tremendous."

This study was financially supported through the Global Frontier Center for Multiscale Energy Systems R&D Program, an Institutional Research Project by KIST, and the Ministry of Science and ICT (MSIT) Midcareer Researcher Project. The research results were published in "Acta Materialia", a highly recognized journal in the field of metallurgy. 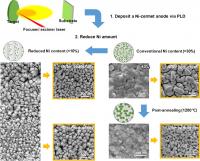 Schematic of design and fabrication processes 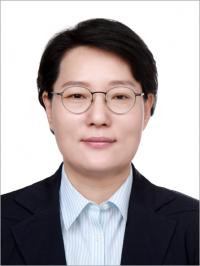