The autonomous flying of multiple UAVs in formation is an important research area in the aerospace field. Professor DUAN Haibin and his group members (LUO Qinan and YU Yaxiang) from the Science and Technology in Aircraft Control Laboratory, School of Automation Science and Electrical Engineering, Beihang University set out to tackle this problem. Through 5 years of innovative research, they investigated the trophallactic mechanism behind social insects and developed a novel trophallaxis network control method for formation flight. They transferred the trophallaxis scenario to the context of a multi-UAV flight scenario and successfully tested and evaluated a new control strategy. Their work, entitled "Trophallaxis network control approach to formation flight of multiple unmanned aerial vehicles", was published in SCIENCE CHINA Technological Sciences, 2013, Vol. 56(5).

In recent years, formation control of multiple UAVs has become a challenging interdisciplinary research topic, while autonomous formation flight is an important research area in the aerospace field. The main motivation is the wide range of possible military and civilian applications, where UAV formations could provide a low cost and efficient alternative to existing technology. Researchers and clinicians have developed many methods to address the formation problem. Despite all efforts, currently available formation control methods ignore network effects. The UAV group would perform their flight missions according to an existing database received by the navigation system and various sensors. Therefore, the stability of a UAV group is usually affected by the network characteristics, and there is an urgent need for network control strategies with better efficacy.

Trophallactic is a new swarm search algorithm. This new mechanism is based on the trophallactic behavior of social insects, animals and birds, such as ants, bees, wasps, sheep, dogs, sparrows and swallows. Trophallaxis is the exchange of fluid by direct mouth-to-mouth contact. Animal studies revealed that trophallaxis can reinforce the exchange and sharing of information between individual animals. By imitating that behavior and considering the communication requirements of the network control system, a network control method was proposed. The method was derived from the following example. A honeybee that finds the feeder fills its nectar crop with the offered sugar solution, and if the bee meets another bee on its way, there can be trophallactic contact. The higher the metabolic rate of the bee is, the higher this consumption rate will be. The attractive aspect of the trophallaxis mechanism is the ability to incorporate information transfer as a biological process and use global information to generate an optimal control sequence at each time step.

This research project was supported in part by a grant from the National Natural Science Foundation of China. It is an important breakthrough in the recent history of formation flight. The researchers suggest that their work needs to be put into practice and examined in the formation control field and that the trophallactic mechanisms of social insects should be further studied. These efforts will have significant impact on the formation control of various (marine, ground, aeronautical, and astronautical) vehicle systems.

Science China Press Co., Ltd. (SCP) is a scientific journal publishing company of the Chinese Academy of Sciences (CAS). For 50 years, SCP takes its mission to present to the world the best achievements by Chinese scientists on various fields of natural sciences researches. 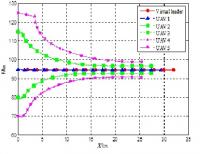 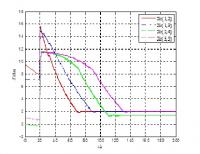