An international team of scientists, including three researchers from New Jersey Institute of Technology (NJIT), has shed new light on one of the central mysteries of solar physics: how energy from the Sun is transferred to the star's upper atmosphere, heating it to 1 million degrees Fahrenheit and higher in some regions, temperatures that are vastly hotter than the Sun's surface.

With new images from NJIT's Big Bear Solar Observatory (BBSO), the researchers have revealed in groundbreaking, granular detail what appears to be a likely mechanism - jets of magnetized plasma known as spicules that spurt like geysers from the Sun's upper atmosphere into the corona.

In a paper published in the journal Science, the team describes key features of jet-like spicules that are in solar terms small-scale plasma structures, between 200 and 500 kilometers wide, that erupt continuously across the Sun's expanse. The researchers also, for the first time, show where and how the jets are generated and the paths they travel, at speeds of around 100 kilometers per second in some cases, into the corona.

"Unprecedented high-resolution observations from BBSO's Goode Solar Telescope clearly show that when magnetic fields with opposite polarities reconnect in the Sun's lower atmosphere these jets of plasma are powerfully ejected," said solar physicist Wenda Cao, BBSO's director and an author of the paper.

He added, "This is the first time we've seen direct evidence of how spicules are generated. We have tracked these dynamic features in the H-alpha spectral line down to their foot points, measured the magnetic fields at their foot point, captured the migration of the emerging magnetic elements and verified their interaction with existing magnetic fields of the opposite polarity."

Images captured in the extreme ultraviolet (EUV) spectrum by NASA's Solar Dynamics Observatory spacecraft were used to track the transportation of energy in the corona. These observations showed that it is also common for spicules to be heated to typical coronal temperatures.

Invisible to the human eye except when it appears briefly as a fiery halo of plasma during a solar eclipse, the corona remains a puzzle even to scientists who study it closely. Beginning 1,300 miles from the star's surface and extending millions more in every direction, it is more than a hundred times hotter than lower layers much closer to the fusion reactor at the Sun's core.

Solving what astrophysicists call one of the greatest challenges for solar modeling - determining the physical mechanisms that heat the upper atmosphere - requires high-resolution images that were not available until BBSO's 1.6-meter telescope, the largest operating solar telescope in the world, began capturing images a decade ago.

Scientists at Big Bear have also captured the first high-resolution images, for example, of magnetic fields and plasma flows originating deep below the Sun's surface, tracing the evolution of sunspots and magnetic flux ropes through the chromosphere before their dramatic appearance in the corona as flaring loops.

Cao says it took an international team with diverse expertise and equipment located on Earth and in space to delve this deeply into the Sun's fundamental physics. Cao developed the scientific instruments on Big Bear's telescope and oversaw their operation, while NJIT's Vasyl Yurchyshyn generated the observations, processed the data and advised on its use, and NJIT's Kwangsu Ahn processed the vector magnetic fields data for scientific usage. Tanmoy Samanta and Hui Tian from Peking University in China defined the novel discoveries and wrote the manuscript; they are its first authors.

One of only 32 polytechnic universities in the United States, New Jersey Institute of Technology (NJIT) prepares students to become leaders in the technology-dependent economy of the 21st century. NJIT's multidisciplinary curriculum and computing-intensive approach to education provide technological proficiency, business acumen and leadership skills. NJIT is rated an "R1" research university by the Carnegie Classification®, which indicates the highest level of research activity. NJIT conducts approximately $170 million in research activity each year and has a $2.8 billion annual economic impact on the State of New Jersey. NJIT is ranked #1 nationally by Forbes for the upward economic mobility of its lowest-income students and is ranked 53rd out of more than 4,000 colleges and universities for the mid-career earnings of graduates, according to PayScale.com. NJIT also is ranked by U.S. News & World Report as one of the top 100 national universities. 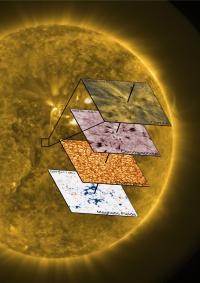