Dr. Maria Asplund, junior professor Dr. Lena Henningsen, and Prof. Dr. Lars Pastewka of the University of Freiburg have been chosen to receive funding from one of the most significant European sources of support for junior researchers. The ERC distinguishes these researchers by presenting them with ERC Starting Grants of up to a total of almost 4.5 million euros for new projects.

The researchers and their projects are:

Maria Asplund of the Department of Microsystems Engineering (IMTEK) is receiving an ERC Starting Grant of almost 1.5 million euros for the project "SPEEDER".

Electrical fields can control how cells move at the edges of a wound, and thus influence how well skin injuries heal. However, until now there has not been a material that is suitable for use to stimulate the cells. Now, in the SPEEDER project, the electrical engineer Maria Asplund together with her research team from the BrainLinks-BrainTools Cluster of Excellence at IMTEK is developing a supercapacitive polymer. This material can store and release a particularly high amount of energy, enabling electrical fields to be maintained over an extended period of time. The researchers are planning to incorporate the material as active components in an electronic dressing: the 'SPEEDER'. In future this could be used in severe cases to speed up the healing process and prevent the wound becoming chronic. The method could also be of major significance to other fields of application, for example, in the production of artificial tissue, and in therapy with electrostimulation.

Lena Henningsen of the Institute of Chinese Studies is receiving an ERC Starting Grant of nearly 1.5 million euros for her project "The Politics of Reading in the People's Republic of China (READCHINA)".

In her project, Lena Henningsen is using the perspective of reading practices to investigate the intellectual, literary and societal transformation that has taken place in China since the 1940s. The study of reading habits provides new insight into the literary and political history of the country at the same time. Rather than focusing on the great authors and political elites, here the spotlight is on the practices of ordinary people. The Communist Party founded reading and study groups to reinforce their legitimacy ideologically. But did everyone who took part always follow the interpretations provided by the party? Or did some attend perhaps to take a snooze in a quiet corner? During China's Cultural Revolution, what was the significance of reading hand-written pornography bound in a cover that actually belonged to the scripture-like book "Quotations from Chairman Mao Tse-Tung"? What is the interrelationship between the fictional and factual and between translated texts and those in original Chinese? To answer questions such as these, the subprojects will apply autobiographical, anthropological, historical, and literary sources and methods. The project's aim is to improve understanding of the significance and influence of popular literature in China and to contribute to theories of readership and global literature, last but not least because reading habits in China have been and will be shaped by very different institutions than in the "West": a socialist state that has sought and is seeking to apply cultural policy to reform its people and a centralized literary bureaucracy that massively regulates production, distribution and access to literature and has a highly-efficient of media censorship at its disposal.

Lars Pastewka of the Department of Microsystems Engineering (IMTEK) is receiving an ERC Starting Grant of almost 1.5. million euros for his project, "Emergence of Surface Roughness in Shaping, Finishing and Wear Processes (ShapingRoughness)".

Nearly all surfaces are rough. They look like mountain ranges when observed under a microscope. In technical applications, roughness determines, for example, whether a surface can be moistened with a liquid and whether it will adhere to another object. Detailed knowledge of why surfaces are rough is presently lacking, especially for surfaces created by mechanical processes, such as cutting, forming and finishing. Pastewka will use computer simulations to study microscopic processes during mechanical deformation to discover the mechanisms underlying formation of roughness and predict specific topographies of machined surfaces. The development of roughness likely takes place in a manner similar to that of mountain ranges, which form under extreme geological conditions such as the folding of tectonic plates. These processes appear to be scale-invariant: The structures that develop on mountain ranges at kilometer-scales and on atomic solid at nanometer-scales resemble each other. Pastewka's research will enable control of functional properties such as wettability and adhesion in manufacturing processes. This opens the possibility to rationally design or even eliminate post-processing steps, such as surface finishing, thereby saving resources and cost. 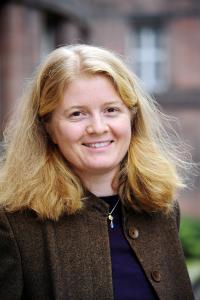 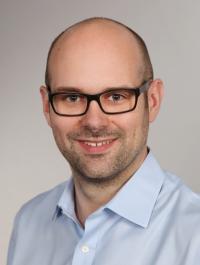