Caribbean coral reefs have become biologically and economically degraded habitats. The relative weight of the big factors in this ecological catastrophe--pollution, overfishing, warming and ocean acidification--is hotly debated by marine biologists. A new study compiling 3,000 years of change in reefs in the western Caribbean by Smithsonian scientists and colleagues reveals compelling evidence that parrotfish, which eat the algae that can smother corals, are vital to coral-reef health.

"This fossil record of reefs provides evidence that parrotfishes were actually causing faster reef growth, rather than the other way round, or the two simply being driven by a third factor," said Aaron O'Dea, a co-author of the study and scientist at the Smithsonian Tropical Research Institute in Panama. "Because of this intimate causal relationship between parrotfishes and healthier reefs, we support the call that parrotfish conservation be made a priority for the recovery and persistence of Caribbean coral reefs."

The team collected six 33-foot-long cores on three reefs using a scuba-operated coring system and dated the fossil corals along their length using uranium-thorium isotopes at the University of Queensland, an approach that gives an incredible resolution of just a few years to each coral piece. Samples ranged from 997 B.C. to the 1980s, and represent life on these reefs before disease outbreaks killed large swathes of the reef-building staghorn coral and wiped out the long-spined sea urchin Diadema, which also eats algae.

A recent unrelated study by Smithsonian scientists Caitlin Kuempel and Andrew Altieri found that in the absence of Diadema, algae on the reefs in Bocas are held in check by smaller sea urchins. This new study, however, finds that the role of these smaller urchins in maintaining reef health in the past was minimal.

"Even though we are working on the same reefs I think we are comparing two different systems," O'Dea said. "Small urchins are clearly important grazers under current conditions but the reefs of today are quite unlike those that existed for the 8,000 years before human impact. The past and the present are worlds apart and function differently."

A team of scientists and students at Scripps Institution of Oceanography at the University of California San Diego picked hundreds of thousands of fish teeth, coral pieces and urchin spines to build a picture of natural and human-induced change on the Caribbean reefs. Scripps researcher and lead author Katie Cramer and colleagues used the empirical dynamic modeling approach to assess cause-and-effect relationships amongst community members.

"These findings reveal that parrotfish indeed have a positive and critical role in coral health, a hotly debated issue in coral reef research that cannot be resolved with studies of modern reefs which have already been greatly altered by human activities," said Cramer, who conducted the Panama portion of the research while a Smithsonian MarineGEO post-doctoral fellow. "Using the fossil record to analyze the natural state of reefs before human disturbance, we have conclusively shown that if we want to protect corals we have to protect parrotfish from overfishing."

Coral reefs grow faster and healthier when parrotfish are abundant 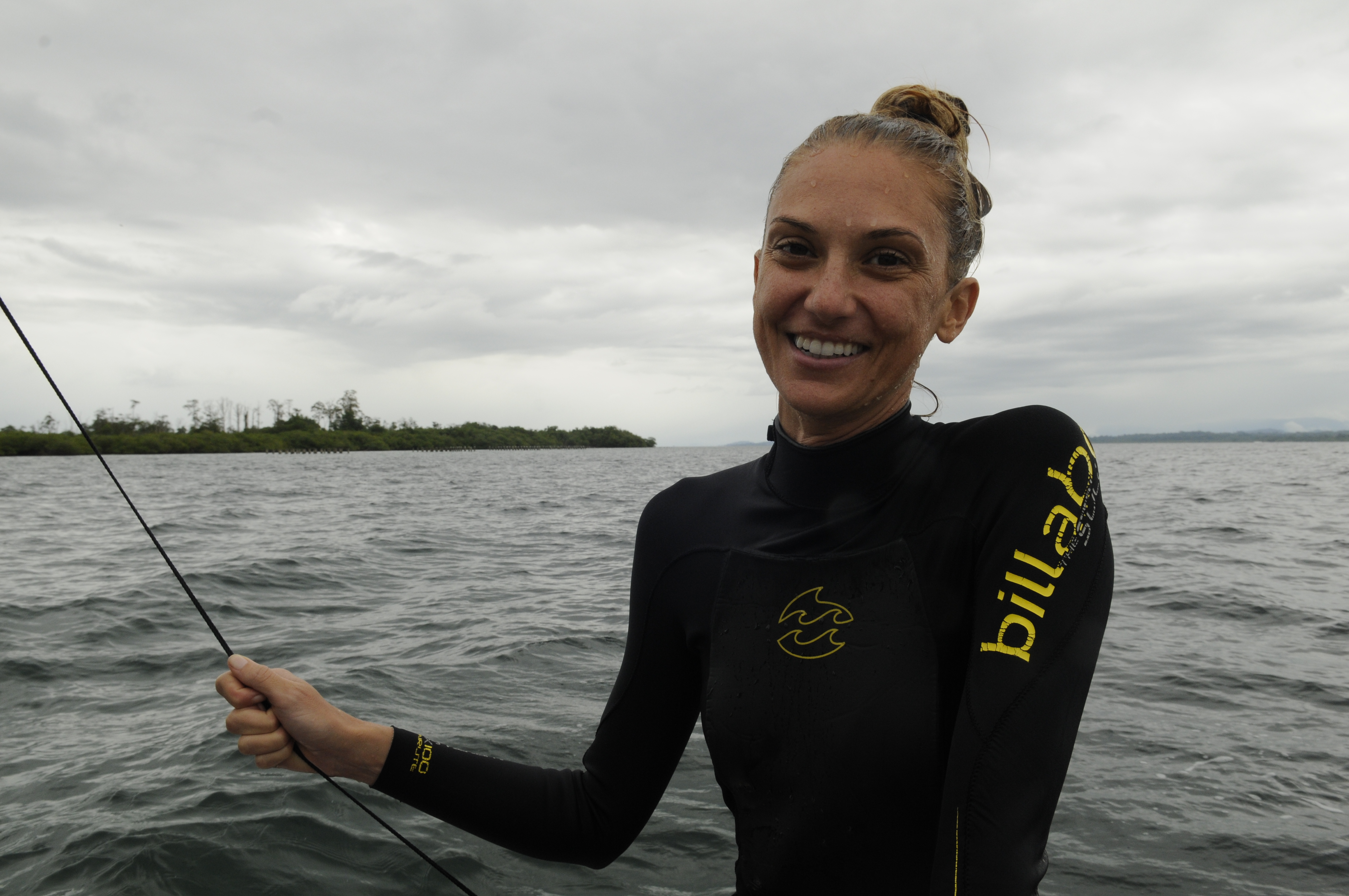