[New Haven, Conn. - July 20, 2017] A new study finds that simply paying landowners in the developing world to not cut down trees can significantly reduce carbon in the atmosphere. It may also be a very cost-effective way to help meet goals such as the Paris Accord targets. The study, published today in the journal Science, found that in Uganda, offering small financial incentives to landowners cut deforestation in half. Because the amounts of money involved are fairly small, paying the farmers to conserve and plant trees was an estimated 10 to 50 times more effective per dollar spent than many energy efficiency programs in the U.S.

In Uganda, poverty reduction and environmental conservation interests overlap, but can also come into conflict. Uganda's forests are home to endangered chimpanzees, but between 2005 and 2010 Uganda had one of the highest rates of deforestation in the world, with 2.7 percent lost per year. Seventy percent of Ugandan forests are on private land, often owned by poor farmers, who tend to cut down trees at an even higher rate. Trees are valuable for timber and charcoal for fires, and once land is cleared, it can be used to grow crops.

"It's critical we figure out how to get a handle on climate change," said lead author and Northwestern University economist, Seema Jayachandran. "We often focus our environmental programs on our own country, which is important. But it's easy to forget that a lot of the best opportunities lie in the developing world." One reason for this is that there are many undeveloped areas which can still be preserved, but another is that these opportunities might be much less expensive than achieving comparable results in a wealthy country. Jayachandran explains, "Small investments can go much further in poor countries. So we wanted to test if simply paying farmers not to cut down trees could be a win for them and a very cheap way to help manage greenhouse gas emissions."

Seema Jayachandran and Joost de Laat, economists specializing in poverty at Northwestern University and the Dutch organization Porticus, respectively, teamed up with the research and policy nonprofit Innovations for Poverty Action (IPA) and the Uganda conservation organization Chimpanzee Sanctuary and Wildlife Conservation Trust (CSWCT). Together with a team of researchers at Stanford, led by Eric Lambin and including Charlotte Stanton, Robin Audy, and Nancy E. Thomas, they set up a scientific test of the idea. Using a randomized controlled trial, they randomly assigned half of a group of 121 villages to a program that made landowners a simple offer. Landowners with forest on their property could get the equivalent of approximately 28 dollars per year for every hectare of forest on their land left untouched (with some exceptions for emergencies). The other group of villages continued as normal as a comparison group.

The team then procured detailed satellite images, with such high resolution that they could essentially see each tree. Using sophisticated "object-based image analysis" methods, they analyzed hundreds of millions of pixels and tracked what happened to the trees for the subsequent two years. Lambin explained, "We used state-of-the-art change detection methods to extract fine-grain information on gain or loss in tree cover from the satellite images."

The agreement worked, with villages offered the program preserving 5.5 more hectares of forest than villages in the comparison group. This equates to 3,000 metric tons of carbon dioxide not released into the atmosphere, at a total cost of just 46 cents per ton not released over the two years of the study. "Economists tend to be a cynical bunch," according to de Laat. "Many of our colleagues were sure that the landowners would find loopholes in the contract or just move their deforestation to other nearby land. But they didn't." In fact, the researchers found the program attracted some of the landowners who would have done the most tree-cutting without the program - and got them to leave their trees in place.

Annie Duflo, Executive Director of Innovations for Poverty Action, said that this study will be key to informing future conservation programs in the developing world. "This is the first experimental study of its kind to show not just how effective, but how cost-effective, programs like this can be. Good science like this helps us understand how to combat climate change and preserve endangered habitats, while also helping poor farmers."

About Innovations for Poverty Action:

Innovations for Poverty Action (IPA) is a research and policy nonprofit that discovers and promotes effective solutions to global poverty problems. IPA brings together researchers and decision-makers to design, rigorously evaluate, and refine these solutions and their applications, ensuring that the evidence created is used to improve the lives of the world's poor. Since its founding in 2002, IPA has worked with over 575 leading academics to conduct over 650 evaluations in 51 countries. 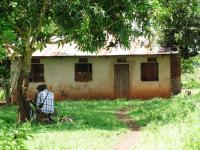 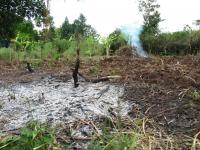