Are we born with an innate sense of direction, or is it learned? Research from the Norwegian University of Science and Technology's Kavli Institute for Systems Neuroscience suggests that the brain comes hard-wired with working navigational neurons. While these neurons – head direction cells, place cells and grid cells – mature over time, they appear to function in rodents as soon as they make their first exploratory steps outside the nest.

Researchers Rosamund Langston and colleagues wanted to know how the brain mapped place and space when an animal navigates for the first time ever. The research team implanted miniature sensors in rat pups before their eyes had opened (and thus before they were mobile). That enabled the researchers to record neural activity when the rat pups left the nest for the first time to explore a new environment.

The researchers were not only able to see that the rats had working navigational neurons right from the beginning, but they were also able to see the order in which the cells matured.

The first to mature were head direction cells. These neurons are exactly what they sound like – they tell the animal which direction it is heading, and are thought to enable an internal inertia-based navigation system, like a compass. "These cells were almost adult-like right from the beginning," Langston says.

The next cells to mature were the place cells, which are found in the hippocampus. These cells represent a specific place in the environment, and in addition provide contextual information — perhaps even a memory — that might be associated with the place. Last to mature were grid cells, which provide the brain with a geometric coordinate system that enables the animal to figure out exactly where it is in space and how far it has travelled. Grid cells essentially anchor the other cell types to the outside world so that the animal can reliably reproduce the mental map that was made last time it was there.

Baby rats open their eyes and begin exploring by about 15 days after birth. At this point, researchers could already see head direction cells fully developed, and the rudiments of the other two cell types in place. By the time they were 30 days old, or on the threshold of rat adolescence, virtually all of the different navigational cell types had matured.

Langston says the findings are a partial answer to the age-old question of whether or not you are born with the innate ability to find your way around. Her answer? "It really seems that this is hard-wired," she says, "You do have a basic foundation that is there as soon as you can explore – there are strong building blocks for a system that you can use to navigate. " Langston says experience could also play a role, which makes this topic an important theme for further research.

The researchers found no difference in navigational skills between male and female rat pups, which implies that both sexes have the same building blocks with which to construct representations of space. Perhaps the age-old question of whether males or females have a better sense of direction could be a case of how we choose to build our map, rather than the materials we start with.

An innate sense of direction 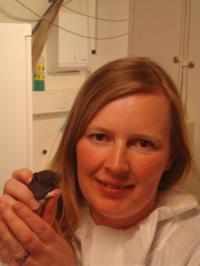