Korean researchers have developed an energy harvester that can generate electric power from ambient vibrations with diverse frequencies through a novel automatic resonance tuning mechanism. It was recently announced by the Korea Institute of Science and Technology (KIST) that a research team led by Dr. Hyun-Cheol Song from the KIST Center for Electronic Materials developed an energy harvester that can perform automatic resonance tuning (ART) by adjusting the natural frequency by itself in adapting to the environmental conditions.

Energy harvesting technology is applied to "harvest" electrical energy from dumped energy sources around us, such as vibration, heat, light, and so on. A device that is capable of harvesting energy from its surroundings can generate power on its own, without needing any batteries or being connected to a power outlet. This technology is especially useful to an stand-alone power source for small electronic devices that operate wirelessly, like an IoT system.

Vibrations generated by automobiles, trains, industrial sites and so on can be used to produce electric energy with energy harvesting technology, but for any real-life applications, there must be a way to produce and store as much electric energy as possible from small vibrations. To do this, it is necessary to take advantage of the resonance phenomenon in which the glass is shattered by high-pitched sounds or a large bridge is collapsed by a breeze.

However, an energy harvester has a single natural frequency, yet the vibrations we find in our surroundings occur in a wide range of different frequencies. This is why an energy harvester must be tuned according to the environment where it is installed so as to induce resonance, and this has caused limitations to use energy harvesters.

In order to address this issue, self-tuning energy harvesters that use a motor or a microcontroller have been developed, but they presented problems in that the power generation efficiency was greatly reduced as a result of high energy consumption by the tuning motor or the controller.

Dr. Hyun-Cheol Song who led this research team said, "The significance of this study is that we were the first to implement an energy harvester that has a simple structure and can perform self-tuning without additional energy consumption. It is expected to greatly speed up the real-life application of energy harvesters.", "I believe that self-tuning energy harvesters will play a key role on a stand-alone power source for wireless sensor networks, wearable electronic devices and the Internet of Things, which is one of the core technologies of the Fourth Industrial Revolution."

KIST Researchers Are Conducting An Experiment 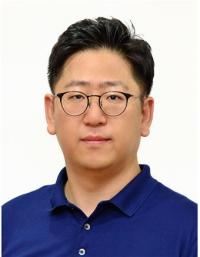