The Blavatnik National Awards, given annually by the Blavatnik Family Foundation and administered by the New York Academy of Sciences, honor early-career scientists and engineers who have made trailblazing discoveries in their fields. Alù and two other laureates were selected from 298 nominations by 157 institutions across the U.S. Each laureate will receive $250,000, the world's largest unrestricted prize for early-career scientists and engineers.

The award recognizes Alù's research discoveries in materials science, physics and engineering, which have brought about advances in electromagnetics, nano-optics, and acoustics. His efforts are leading to new and enhanced technologies with potential applications in cellular communications, energy harvesting, radar cloaking, non-invasive therapeutics and more. His work has received major support by numerous funders, including the $3 million Vannevar Bush Faculty Fellowship, the most prestigious single-investigator award from the U.S. Department of Defense; a $3.2 million grant from the Defense Advanced Research Projects Agency; and a Simons Collaboration in Mathematics and the Physical Sciences grant of up to $16 million. He has been recognized as a finalist for the Blavatnik National Awards every year since 2016.

"It's an amazing honor, and I'm thrilled to receive this prestigious award," Alù said. "It is a great recognition not just for me, but for my entire research group--past and present members-- and all the work we've been doing over many years."

“The jury has been following Andrea Alù’s career quite closely as he has been a finalist every year since 2016,” said Robbert Dijkgraaf, chair of the Blavatnik National Award’s Physical Sciences and Engineering Jury. “In the meantime, his research has only bettered, achieving many breakthrough discoveries in the field of metamaterials, with important technological applications. On top of this, since his first nomination, he made the transition to the City University of New York because he wanted to enhance the impact of his work by reaching out to and working with a much more diverse group of students. Andrea should be praised for his many courageous steps, both in his research and in his career.”

"Andrea Alù has truly advanced the frontiers of materials science. He has created novel nanostructured metamaterials that have many applications in communication technologies, energy harvesting and optical computing, and national defense," said Graduate Center President Robin L. Garrell. "Professor Alù has also been an inspiring mentor to students and postdoctoral scholars, many of whom are now forging their own impressive academic and research careers. He is deeply deserving of this recognition."

"This award from the Blavatnik Foundation is such a well-deserved honor for Professor Alù," said Annette (Nina) Gray, Graduate Center associate dean for the sciences and executive director of the CUNY ASRC. "It is an inspiration to learn about his groundbreaking discoveries and effectively see science fiction become reality on a regular basis -- all in an effort to reveal the fundamental workings of the universe and to improve human, societal, and environmental well-being through interdisciplinary research, in keeping with the CUNY ASRC's mission."

About the Graduate Center of The City University of New York

The Graduate Center of The City University of New York (CUNY) is a leader in public graduate education devoted to enhancing the public good through pioneering research, serious learning, and reasoned debate. The Graduate Center offers ambitious students more than 40 doctoral and master's programs of the highest caliber, taught by top faculty from throughout CUNY -- the nation's largest public urban university. Through its nearly 40 centers, institutes, and initiatives, including its Advanced Science Research Center (ASRC), the Graduate Center influences public policy and discourse and shapes innovation. The Graduate Center's extensive public programs make it a home for culture and conversation. 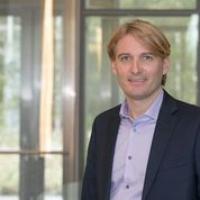