How far have we come in achieving the UN's sustainable development goals that we are committed to nationally and internationally? Yes, it can be difficult to make a global assessment of poverty and poor economic conditions, but with an eye in the sky, researchers are able to give us a very good hint of the living conditions of populations in the world's poor countries.

If we are to achieve the UN Sustainable Development Goals - which 93 member countries have committed themselves to - it is particularly important to track the living conditions in poor nations around the world where the future population growth is highest.

Researchers from Aarhus University, Denmark, recently found that high resolution satellite data can be used to map economic living conditions down to a household level, findings that are published in the prestigious American journal PNAS today.

"Based on high resolution satellite images, we can very precisely assess the status of poverty at household level in rural areas in developing countries," says professor Jens-Christian Svenning from the Department of Bioscience, Aarhus University, who heads the the research group in Aarhus.

And this is good news if we are to comply with the ambitious development agenda that the world's heads of state and government adopted at a UN Summit in New York in 2015. The goals came into force on 1 January 2016 and will until 2030 continue in setting a course for a more sustainable development to the benefit of both people and the planet that we live on.

Cheap monitoring of the conditions in poor countries

In an agricultural area in Kenya, the researchers have, based on satellite images, measured, among other things, the size of buildings and areas of uncultivated soil and the length of the growing season on a number of family run farms. The images also reveal how people use the landscape around their homes and how this changes over time.

In their study, the researchers show that a thorough analysis of satellite images can explain 62% of the variation in the economic conditions of the individual households.

As satellite images are relatively cheap and increasingly freely available, the study demonstrates that space-based monitoring is a cost-effective method to track the socio-economic development as a supplement to the classic and very expensive household surveys with interviews, etc.

In particular, the use of satellite data makes it possible to analyse the economic development at much greater geographical scale and with a high temporal frequency.

"The use of satellite images makes it much, much cheaper to keep track of how far we are in reaching the UN's goals for sustainable development. If conventional assessments of the households' economic conditions were used, the cost would be more than 250 billion dollars," says Gary R. Watmough, who headed the recently published investigation and is now employed at the University of Edinburgh, Scotland.

Space technology, and not least satellite-based data collection, appears to be a promising and necessary technology for effective monitoring of living standards in large, even global, areas. And the hope is that the developed methodology is able to ensure a better and targeted effort against poverty throughout the world.

"The method that we have developed is designed to analyse the satellite images in a way that takes into account that people have access to and use different resources in the landscape at different levels. Some use the area just around their house, while others use the common areas of a village. When we use space data with a socio-ecological insight, we capture the financial status and in this way also the development in an area much better than we have previously been able to," says Jens-Christian Svenning. 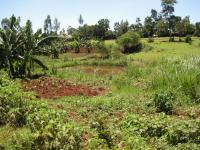 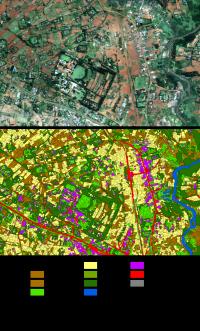