CHAMPAIGN, Ill. -- Cells will ramp up gene expression in response to physical forces alone, a new study finds. Gene activation, the first step of protein production, starts less than one millisecond after a cell is stretched - hundreds of times faster than chemical signals can travel, the researchers report.

The scientists tested forces that are biologically relevant - equivalent to those exerted on human cells by breathing, exercising or vocalizing. They report their findings in the journal Science Advances.

"We found that force can activate genes without intermediates, without enzymes or signaling molecules in the cytoplasm," said University of Illinois mechanical science and engineering professor Ning Wang, who led the research. "We also discovered why some genes can be activated by force and some cannot."

Previous studies revealed that some genes are susceptible to physical manipulations of cells, but Wang and his colleagues were the first to show that stretching cells alone could influence how such genes are expressed. The team first demonstrated this phenomenon with genes they had inserted in cells. The current study finds that naturally occurring genes can also be activated by stretching.

In the new work, the researchers observed that special DNA-associated proteins called histones played a central role in whether gene expression increased in response to forces that stretched the cell. Histones regulate DNA, winding it up to package it in the nucleus of the cell.

One class of histones, known as Histone H3, appear to prevent force-responsive gene expression when methylated at an amino acid known as lysine 9. Methylation involves adding a molecular tag known as a methyl group to a molecule.

The scientists observed that H3K9 methylation was highest at the periphery of the nucleus and largely absent from the interior, making the genes in the interior more responsive to stretching.

"The genes near the nuclear periphery cannot be activated even if you stretch them, whereas the genes that are close to the center can be activated by stretching," Wang said. "This is because the H3K9 histones at the periphery are highly methylated."

The researchers found they could suppress or boost force-responsive gene expression by increasing or decreasing H3K9 histone methylation. The scientists also tested whether the frequency of an applied force influenced gene expression. They found that cells were most responsive to forces with frequencies up to about 10-20 hertz.

"Living cells in the human body experience forces of various frequencies (for example breathing, heartbeats, walking, running, jumping and singing), typically ranging from 0.2 hertz to hundreds of hertz," the researchers wrote. At the highest frequencies, cells became stiffer and the enzymes that guide gene transcription could not bind to the DNA, the team found.

"Cells must be able to respond quickly to things in their environment so they can survive," he said.

The paper "Force-induced gene upregulation does not follow the weak power law but depends on H3K9 demethylation" is available to members of the media from vancepak@aaas.org. 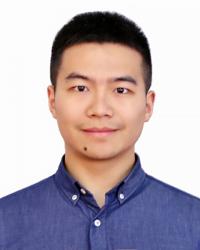