Special diets, exercise programs, supplements and vitamins, there is everywhere something supposed to help us live longer. Whether it actually works has not always been shown, but the average life expectancy of people has increased over the last 150 years. A study by an international team of researchers, including Claudia Fichtel and Peter Kappeler, scientists in the Behavioral Ecology and Sociobiology Unit at the German Primate Center (DPZ) - Leibniz Institute for Primate Research in Göttingen, indicates that we probably cannot slow down aging. The comparative studies with humans and non-human primates, indicates that it is not the rate at which humans age that slows down, but that the survival rate of younger individuals has changed over time (Nature Communications).

The team of scientists led by biologist Susan Alberts from Duke University, North Carolina, USA, compared data from nine human populations and 30 populations of non-human primates. Claudia Fichtel and Peter Kappeler participated in this study with data collected over 25 years from ten sifaka groups, a lemur species from Madagascar. The researchers have been conducting behavioral studies on lemurs for over 25 years at the DPZ Kirindy Forest field station on the west coast of the island.

The research team, comprising scientists from 14 different countries, analyzed patterns of births and deaths, looking at the relationship between life expectancy and lifespan equality.

In humans, lifespan equality is closely related to life expectancy: people from populations that live longer also tend to die at a similarly old age, while populations with shorter life-expectancies tend to have deaths distributed across a wider range of ages.

To understand if this pattern is uniquely human, the researchers turned to our closest relatives: non-human primates. What they found is that the tight relationship between life expectancy and lifespan equality is widespread among primates as well as humans. But why?

In most mammals, risk of death is high at very young ages, relatively low at adulthood, then it increases again after the onset of aging. Could higher life-expectancy be due to individuals ageing slower and living longer?

The primate populations tell us that the answer is probably no. Instead, the main sources of variation in the average age of death in different primate populations were infant, juvenile and young adult deaths. In other words, life expectancy and lifespan equality are not driven by the rate at which individuals senesce and become old, but by how many children and young adults die of reasons that have nothing to do with old age.

"In our research area in Madagascar, female sifakas have an average life expectancy of about 5 years, although some females can live up to 23 years," says Claudia Fichtel. "Because infant mortality is very high - about 65 percent of infants die within the first year of life - only few females manage to live to such an advanced age. Most juveniles are probably preyed upon by the fossa, the largest predator living in Madagascar."

Susan Alberts, professor of biology and evolutionary anthropology at Duke University and senior author of the study, adds: "Populations get older and older mostly because more and more individuals get through those early stages of life. Early life used to be so risky for humans, whereas now we prevent most early deaths." 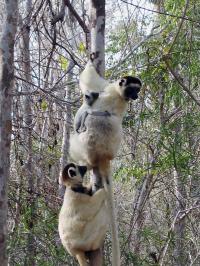 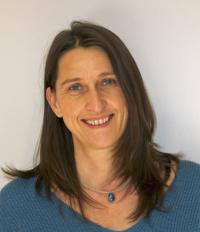