The Philippines teems with biodiversity: 657 bird species roam and fly throughout the country's 7,641 islands, and over 2,000 fish species swim in the surrounding seas. But beyond these beaked and scaly creatures, the Philippines is also home to the world's greatest concentration per square mile of unique mammal species.

One of these species -- a shrew found around 5,000 feet above sea level -- may give us some clues as to what makes the Philippines an ideal environment for mammals.

Palawanosorex muscorum, known more informally as the Palawan moss shrew, was recently identified by a team of researchers, including Larry Heaney, Negaunee Curator of Mammals at the Field Museum in Chicago, in a Journal of Mammalogy paper.

First spotted in 2007 by the late Danilo "Danny" Balete, field survey leader and research associate at the Field Museum, the Palawan moss shrew has a slender, pointed snout and dark coat. Unlike other shrews, its tail is covered in dense fur rather than visible scales. With broad forefeet and long claws, the Palawan moss shrew digs through humus in search of its favorite snack: earthworms. Rainer Hutterer, the paper's lead author, analyzed these anatomical traits to determine that the Palawan moss shrew was a distinct species.

Heaney emphasizes that the Philippines is such a hotbed for mammalian biodiversity that finding the Palawan moss shrew didn't exactly shock him and his team: "In many ways, finding this species was exactly what we had expected."

Co-author Jacob Esselstyn from the LSU Museum of Natural Science adds, "It provides some clues about how small mammals have evolved and moved between Asia and Africa." In other words, the Palawan moss shrew might help us figure out how the Philippines' many mammal species got there in the first place.

Another clue: The Palawan moss shrew's home is a hotbed within a hotbed. Mt. Mantalingahan, a mountain on Palawan Island in the Philippines, is habitat to three unique mammal species, including the shrew.

"There are entire countries that don't have three unique mammal species -- so for there to be three species on one mountain, on one island, in one country is really something," Heaney emphasizes.

What accounts for this species richness? Mt. Mantalingahan, Heaney explains, is a "sky island."

While that might sound like something straight out of a sci-fi novel, "sky islands" are real ecological phenomena -- isolated mountaintops home to distinct habitats separate from the lowlands and neighboring mountains. These "sky islands" create hubs of biodiversity, allowing for multiple ecosystems -- and, by extension, a wider range of species -- to coexist within a single geographic area.

These "sky islands" might help explain why mammalian biodiversity thrives in the Philippines specifically. "There could be many new species on these high mountainous regions in the Philippines, but because they are so high, and hard to get to, knowledge of their existence is awfully limited," Heaney says.

Learning what species dwell in these mountains, Heaney notes, isn't only helpful for zoologists and ecologists. For those who live and work in Palawan, which constitutes the Philippines' largest province, protecting the Palawan moss shrew and Mt. Mantalingahan hits even closer to home -- it's a matter of personal and economic safety.

Mt. Mantalingahan, in addition to being a "sky island," functions as a crucial watershed, regulating the flow of water in Palawan through natural processes. In Mt. Mantalingahan's case, humus -- the low-density mountainous soil the Palawan moss shrew digs through -- acts as a sponge, holding water from the frequent rainfall high-elevation places tend to experience.

Deforesting these "sky islands" bears grave repercussions. "That's where most of the water comes from that people in the lowlands depend on," Heaney warns. "In deforested areas, when a typhoon hits, it kills thousands of people and animals, and destroys buildings. And if water isn't being released slowly from the mountains, you'll have less of it in the dry season, causing drought. If you want to protect your watersheds, you've got to protect your habitats."

Built on agriculture, fishing, and tourism, Palawan's economy depends greatly on the steady flow of water -- from where the Palawan moss shrew lives, to where nearly three-quarters of a million people live.

Today, much of the Palawan moss shrew's habitat remains undisturbed by human activity. And both it -- and we -- stand to benefit from keeping it that way.

Beyond the economic implications of the shrew's discovery, Heaney says he hopes the new species sparks excitement among the Filipino and international scientific communities, which in turn can help encourage research, conservation, and advocacy efforts.

"People in the world get excited about the cool things that live in their country," Heaney says. "The fact that the Philippines is such a unique hotspot for mammalian diversity is something people should be aware of, something that people can take pride in." 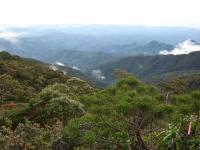 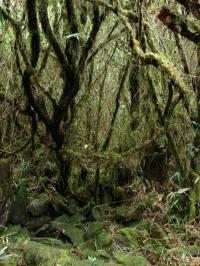