Barcelona, Tuesday 5 February 2015.- The brain is protected by a barrier of cells that tightly regulates the transport of substances into this organ in order to prevent infection. The essential protective function of this barrier is also a red light for 98% of drug candidates for the treatment of the central nervous system. Today in Angewandte Chemie, scientists at the Institute for Research in Biomedicine (IRB Barcelona) have presented a shuttle able to cross the blood-brain barrier and transport various substances into the brain. The team of chemists at IRB Barcelona is now studying its application for specific medical conditions. Together with clinical researchers, they are preparing treatments for glioblastoma--the most aggressive brain cancer in adults--, Friedreich's Ataxia--a hereditary neurodegenerative disease--, and a type of paediatric brain cancer.

"It is estimated that 20% of humans at some time will need a treatment that targets the brain," explains Meritxell Teixidó, associate researcher at IRB Barcelona and leader of this line of investigation, "and for many diseases there are some good candidate drugs but none have the capacity to reach their target and thus there is a subsequent loss of potential. Our shuttle offers a solution to an urgent clinical need". The work has been carried out in IRB Barcelona's Peptides and Proteins Lab. Directed by Ernest Giralt, also senior professor of the UB, this lab is one of the few leading labs worldwide devoted to these kinds of developments.

The blood-brain barrier is not totally hermetic as the brain constantly requires oxygen, iron, insulin, etc. So there are transport mechanisms through "doors" which open and close continuously. Taking advantage of the receptors through which the brain receives iron, the shuttle-ambulance crosses the barrier without disrupting nutrient flow or altering the protective function of the barrier. "We wanted a vehicle that exerted only this function-- that of a vehicle--, that was small (a peptide), and that has permanence in blood," says Roger Prades, PhD students and first author of the study, which has taken four years of research into peptide chemistry.

The therapeutic value of the shuttle lies precisely in these two properties, which make it unique, namely its small size, comprising only 12 amino acids, and its permanence in blood from between 12 and 24 hours. "Peptides have a half-life in blood of very few minutes. As the peptide is protease-resistant, its therapeutic development feasible, as nobody wants to take a medicine every 5 minutes; furthermore, this peptide could be produced on a large scale. If it were a large molecule, this would be economically complicated," explains Teixidó. In preliminary experiments with mice, the study also demonstrates the absence of an immune response and low toxicity.

The researchers at IRB Barcelona are already working on three projects for rare and orphan diseases. In collaboration with the Vall Hebrón Oncology Institute (VHIO), they are now focusing on binding a peptide to a therapeutic antibody to treat glioblastoma--the most aggressive brain cancer in adults.

In collaboration with the "Centro de Biología Molecular Severo Ochoa de Madrid", the researchers are studying an innovative treatment for Friedreich's Ataxia--a rare hereditary neurodegenerative disease. The aim is to introduce into the shuttle a viral vector loaded with the gene that the cells of these patients lack, with a particular focus on targeting neurons.

Recently, a team at the "Hospital Sant Joan de Déu de Barcelona" contacted the chemists at IRB Barcelona in order to adapt the shuttle to useful molecules for the treatment of a kind of paediatric brain cancer in which the barrier is intact.

"Each one of these projects requires the binding of a therapeutic cargo with very distinct characteristics. Everything that we learn will be useful for other diseases that require similar shuttles and for the development of analogue peptides to add to the portfolio of shuttles," explains Teixidó.

The inventors, Roger Prades, Meritxell Teixidó and Ernest Giralt, in collaboration with the Innovation Office of the centre, have patented the discovery to guarantee opportunities for its future development. "The pharmaceutical industry is showing great interest. Many companies could recover promising molecules that were once discarded and attach them to our shuttles," explain the researchers.

The study has involved scientists from the Institute for Stroke and Dementia Research of Munich and the Institute of Nanoscience of Aragon.

nment of Catalonia and the University of Barcelona, the Institute for Research in Biomedicine (IRB Barcelona) is "Severo Ochoa Centre of Excellence", since 2011. The 23 groups and six scientific platforms are devoted to basic and applied research with the common goal of conducting multidisciplinary projects that address important biomedical problems affecting our society, with special emphasis on cancer, metastasis, Alzheimer, diabetes and rare diseases. The institute is home to more than 400 employees from 36 countries. IRB Barcelona's ultimate objective is to translate research results to the clinic and has already established three biotechnology spin-off companies to this end. This year the IRB Barcelona celebrates its tenth anniversary. http://www.irbbarcelona.org /@IRBBarcelona / http://www.facebook.com/irbbarcelona

An 'ambulance' for the brain 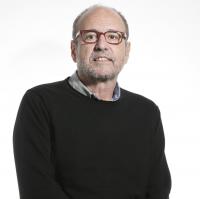 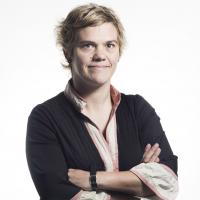