Most important in the picture is executive attention, a component of working memory that involves a person's ability to focus on a task and ignore distractions while processing relevant goal-oriented information, says Atika Khurana, a professor in the Department of Counseling Psychology and Human Services.

Khurana, also a member of the UO's Prevention Science Institute, is lead author of a study online ahead of print in the quarterly journal Development and Psychopathology. The findings, drawn from a long-term study of 382 adolescents in a mostly at-risk urban population, provide a rare, early view of adolescents' entry into the use of alcohol, tobacco and marijuana.

Khurana collaborated with researchers at the University of Pennsylvania and Children's Hospital of Philadelphia. They focused on 11- to 13-year-old children as they began to explore risky and sensation-seeking experiences that often mark the road to independence and adulthood. Previous studies generally have relied on adult recall of when individuals began experimenting, with early drug use thought to be a marker of later substance abuse problems.

"Not all forms of early drug use are problematic," Khurana said. "There could be some individuals who start early, experiment and then stop. And there are some who could start early and go on into a progressive trajectory of continued drug use. We wanted to know what separates the two?"

During four assessments, participants provided self-reports of drug use in the previous 30 days. Four working memory tests also were conducted: Corsi block tapping, in which subjects viewed identical blocks that lit up randomly on a screen and tapped each box in reverse order of the lighting sequence; a digit-span test where numbers shown are to be repeated in reverse order; a letter two-back test, in which subjects identify specific letters in time-sensitive sequences; and a spatial working-memory task where hidden tokens must be found quickly within sets of four to eight randomly positioned boxes on a computer screen.

The pattern that emerged was that early drug experimentation more likely to lead into progressive drug use among young people whose impulsive tendencies aren't kept in check by strong working memory ability. Later assessments of the participants, who have now reached late adolescence, are being analyzed, but it appears that the compulsive progression, not just the experimentation, of drug use is likely to lead to disorder, Khurana said.

"Prefrontal regions of the brain can apply the brakes or exert top-down control over impulsive, or reward seeking urges," Khurana said. "By its nature, greater executive attention enables one to be less impulsive in one's decisions and actions because you are focused and able to control impulses generated by events around you. What we found is that if teens are performing poorly on working memory tasks that tap into executive attention, they are more likely to engage in impulsive drug-use behaviors."

The findings suggest new approaches for early intervention since weaknesses in executive functioning often underlie self-control issues in children as young as 3 years old, she said. A family environment strong in structured routines and cognitive-stimulation could strengthen working memory skills, she said.

For older children, interventions could be built around activities that encourage social competence and problem solving skills in combination with cognition-building efforts to increase self-control and working memory. The latter allows people to temporarily store, organize and manipulate mental information and is vital for evaluating consequences of decisions.

"We need to compensate for the weakness that exists, before drug experimentation starts to help prevent the negative spiral of drug abuse," Khurana said.

The research is a continuation of work Khurana began while she was a postdoctoral fellow at the Annenberg Public Policy Center of the University of Pennsylvania. She joined the UO's College of Education in July 2012.

Co-authors of the paper are Daniel Romer of the University of Pennsylvania and Laura M. Betancourt, Nancy L. Brodsky, Joan M. Giannetta and Hallam Hurt of the Children's Hospital of Philadelphia.

Note: The University of Oregon is equipped with an on-campus television studio with a point-of-origin Vyvx connection, which provides broadcast-quality video to networks worldwide via fiber optic network. In addition, there is video access to satellite uplink, and audio access to an ISDN codec for broadcast-quality radio interviews. 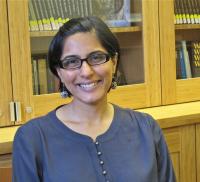