On 1st December 2012, 30 research institutions from 15 European countries, Brazil, Israel and the Philippines, and more than 30 associated partners started EU BON - "Building the European Biodiversity Observation Network". This €9 million, EU-funded research project aims to advance biodiversity knowledge by building a European gateway for biodiversity information, which will integrate a wide range of biodiversity data – both from on ground observations to remote sensing datasets – and make it accessible for scientists, policy makers, and the public.

The project plans to advance the technological platform for GEO BON (Group on Earth Observations Biodiversity Observation Network) to improve the assessment, analysis, visualisation and publishing of biodiversity information, and to enable better linkages between biodiversity and environmental data. EU BON will ensure a timely provision of integrated biodiversity information needed to meet the global change challenges and to contribute for next generation environmental data management at national and regional levels.

The cooperation for data integration between biodiversity monitoring, ecological research, remote sensing and information users will result in proposing a set of best-practice recommendations and novel approaches with applicability under various environmental and societal conditions. A key task of EU BON is to harmonise future biodiversity monitoring and assessments and to engage wider society groups, such as citizen scientists and other communities of practise.

Although focussing primarily on European biodiversity and collaborating with major EU initiatives (e.g. LifeWatch and others), EU BON will also collaborate closely with worldwide efforts such as GEO BON, GBIF, the Convention on Biological Diversity (CBD), the Intergovernmental Science-Policy Platform on Biodiversity and Ecosystem Services (IPBES) and others. EU BON will be a valuable European contribution to the Global Earth Observation System of Systems (GEOSS), and be built on the GEO principles of open data sharing.

The kick-off meeting of EU BON will take place on 13-15 February 2013 at the Museum für Naturkunde – MfN in Berlin, Germany and will be preceded by a symposium "Nature and governance: biodiversity data, science and policy interface" on 11-12 February 2013.

GEOSS stands for Global Earth Observation System of Systems, built by the Group on Earth Observations (GEO). GEO is constructing GEOSS on the basis of a 10-Year Implementation Plan for the period 2005 to 2015. The Plan defines a vision statement for GEOSS, its purpose and scope, expected benefits, and the nine "Societal Benefit Areas" of disasters, health, energy, climate, water, weather, ecosystems, agriculture and biodiversity. 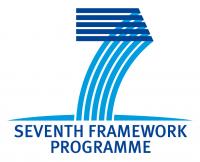