Can you ditch the strips and dump the dentist for whiter teeth? From "The Dr. Oz Show" to YouTube videos, experts say you can reclaim those pearly whites simply by mixing fruit, such as strawberries, with some baking soda, and applying the all-natural concoction to your teeth.

It's cheap, easy, and oh-so-organic. But does it work?

Unfortunately not, says an University of Iowa dental researcher, who compared a homemade strawberry-baking soda recipe with other remedies, such as over-the-counter products, professional whitening, and prescribed whitening products.

The researcher, associate professor So Ran Kwon, found the strawberry and baking soda formula produced no whitening, other than removing superficial debris. The other methods, Kwon found, not only get rid of what you've eaten but also provide a deeper, and longer-lasting, effect.

"The only benefit of the do-it-yourself method (strawberries and baking soda) is while it seems to make your teeth look whiter, they look whiter because you're just removing plaque accumulation on your teeth," says Kwon, sole author on the study, published in the journal Operative Dentistry. "You really want something that penetrates into your teeth and breaks down the stain molecules. If you don't have that, you get just the superficial, and not the whitening from the inside, which was what you really want."

In her experiments, Kwon rubbed a mixture of California-grown, organic strawberries and baking soda on 20 recently extracted teeth for five minutes, followed by a gentle brushing. She repeated the routine three times over 10 days—much like the recommendations espoused by the pro-all-natural teeth-whitening experts.

The result: The teeth brushed with the strawberry-baking soda mixture showed no real whitening, based on two well-known color-measurement tests and evaluations with a spectrophotometer, Kwon reports.

Three other groups of 20 extracted teeth were subjected to other teeth-whitening procedures—mimicking teeth whitening at a dentist, a prescribed tooth-whitening regimen and whitening strips bought over the counter. All produced discernible whitening in the observational and instrumental tests, the study found.

The main reason why strawberries don't work as teeth whiteners is their chemistry. They may taste great, but they're utterly lacking in hydrogen peroxide and carbamide peroxide, key ingredients in tooth-whitening products, according to the American Dental Association. Apples and lemons, also popularly advocated as tooth whiteners, have no hydrogen peroxide and carbamide peroxide, suggesting their effectiveness as tooth whiteners would be limited as well, although Kwon did not directly test those fruits.

The strawberry-baking soda remedy had another downside: The mixture reduced the surface hardness of teeth, known as microhardness, by up to 10 percent, due to the erosive effect of citric acid in the fruit, Kwon reported in another study, published in June in the journal Odontology.

"These acids are not whitening agents," says Kwon, currently in the UI College of Dentistry and Dental Clinics, who performed the experiments while at Loma Linda University in California, "and that explains why we have those results."

Contributing authors include Michael Meharry, Midwestern University in Illinois and Udochukwu Oyoyo and Yiming Li from Loma Linda University. There was no outside funding for the study.

Want whiter teeth? Fruit mixture is not the answer 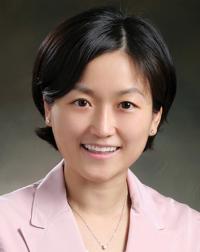 So Ran Kwon, University of Iowa