BIRMINGHAM, Ala. - Extremely premature infants are at risk for life-threatening infections that spread into their bodies from the intestine. Infections after the first three days of life are called late-onset sepsis, or LOS.

University of Alabama at Birmingham researchers now report a new model for LOS in an article in Nature Medicine, and they show that disrupting the normal maturation of microbes in the intestine can make newborn mouse pups highly susceptible to LOS. Furthermore, they found they could prevent the deadly infection by giving the pups specific protective bacteria before a challenge with invasive Klebsiella pneumoniae bacteria.

"Our findings offer the possibility for rational design and testing of effective probiotic therapies to protect at-risk premature infants," said corresponding authors Jeffrey Singer, Ph.D., and Casey Weaver, M.D. "These studies substantiate clinical research suggesting that overgrowth of a single bacterial species, called neonatal dysbiosis, often precedes the development of LOS. Our model should help define mechanisms by which pioneer species of the developing microbiome of neonates prevent -- or fail to prevent -- dysbiosis that predisposes to LOS."

Their model is aided by the fact that the intestine of the newborn pup is still developing after birth, similar to the still-developing intestine of extremely premature infants.

At UAB, Singer is a student in the M.D./Ph.D. Medical Scientist Training Program, and Weaver is the Wyatt and Susan Haskell Professor of Medical Excellence in Pathology.

The UAB researchers placed a virulent K. pneumoniae strain, Kp-43816, into the stomachs of pups. The bacteria carried a bioluminescent marker that allowed researchers to use an imaging system to see where in the intestinal tract the bacteria were growing in live animals, and then measure the microbes' invasive spread out of the intestine and into the rest of the body. Bioluminescent bacteria in living animals can be seen through nearly an inch of tissue.

When the UAB team placed the same dose of an avirulent K. pneumoniae strain, Kp-39, into the stomach, an intriguing result followed. Kp-39 caused no mortality in the pups, yet it also translocated from the intestine into the abdomen, and like Kp-43816, it also infected the liver and mesentery. The Kp-39 infection was cleared over the next nine days.

This suggested that both strains of K. pneumoniae were capable of spreading out of the gut, but differences in host clearance by the immune defense system after translocation contributed to the differential virulence of these related strains. Indeed, when either strain was injected directly into the peritoneum -- bypassing the need for translocation from the intestine -- Kp-43816 caused 100 percent mortality in one day, but the Kp-39 caused no mortality in pups and was cleared in a week. The researchers found differences in the capsule surrounding the bacteria that allowed Kp-43816 to resist infection-clearing phagocytosis by immune cells more strongly than Kp-39.

"Notably, therefore, while the Kp-43816 infection models LOS," Singer and Weaver said, "Kp-39 enables tracking of dysbiosis without the confounding effects of sepsis and mortality."

The researchers then found that altering the microbiome of the pups changed susceptibility to dysbiosis and LOS. The normal intestinal microbiome is known to have a critical role in restricting the colonization and spread of a pathogen. Pups without a microbiome, raised in germ-free conditions, were uniformly susceptible to Kp-43816 LOS.

To look further, researchers treated dams with two antibiotics starting one day before delivery and several days thereafter, prior to infecting with Klebsiella. Both antibiotics are poorly absorbed and unlikely to be transmitted to pups; but they would alter the mother's intestinal microbiomes in different ways, which in turn should alter the microbiome that the pups acquire after birth from the dams. The UAB team found that pups of mothers given gentamicin were markedly more susceptible to sepsis, while pups of mothers given vancomycin were less susceptible to sepsis, compared with controls.

When the antibiotic experiment was repeated using the avirulent Kp-39, there was no mortality. However, pups whose mothers had been given vancomycin had fewer Kp-39, or less dysbiosis, compared to controls; pups whose mothers had been given gentamicin showed more Kp-39, or more dysbiosis, compared to controls.

The difference? Researchers found that pups of the vancomycin-dams had greater abundance of Lactobacillus bacteria in their intestinal microbiome, and the pups of gentamicin-dams had lesser amounts of Lactobacillus. Thus, presence or absence of lactobacilli appeared to correlate with resistance or susceptibility, respectively, to neonatal dysbiosis and LOS.

DNA analysis showed that the vancomycin-pups were dominated by the species Lactobacillus murinus, while the gentamycin pups were largely devoid of L. murinus. They also found that L. murinus was sensitive to gentamicin and resistant to vancomycin, suggesting that gentamycin treatment killed this protective species in dams, thus preventing its passage to pups through vertical transmission.

When the L. murinus species was given prophylactically to gentamycin-pups before a Klebsiella challenge, it dramatically reduced overgrowth of Kp-39 compared with controls. Through a different series of experiments, the researchers found that a strain of probiotic E. coli also was able to confer protection in gentamycin-pups. This protection was not seen for several other commonly utilized Lactobacillus probiotic species.

The researchers also found that younger pups, like extremely premature infants, have microbiomes dominated by bacteria called facultative anaerobes that can grow in either the presence or the absence of oxygen. As pups grew older, their microbiomes become more like term infants because they are dominated by bacteria called obligate anaerobes, which grow well in the absence of oxygen but die if oxygen is present. The older pups, with a mature microbiome dominated by obligate anaerobes, were resistant to neonatal dysbiosis. It appeared that presence of oxygen in the intestinal lumens of neonate pups prevented colonization by obligate anaerobes. The UAB researchers hypothesized that this might explain why dysbiosis is more prevalent in very-low-birthweight infants.

"Our findings establish that normal constituents of the microbiome are both necessary and sufficient to buffer pathobiont expansion in the neonatal gut to prevent LOS," Singer and Weaver said. "They further provide a basis for understanding why some probiotics are protective, whereas others are not. This may have important implications for clinical practice, where both maternal and neonatal antibiotic use can alter the neonatal microbiome, and where very-low-birthweight infants are given probiotics without clear evidence as to preferred probiotic species."

Co-first author with Singer of the Nature Medicine study, "Preventing dysbiosis of the neonatal mouse intestinal microbiome protects against late-onset sepsis," is Emily G. Blosser, M.D., Ph.D., a former trainee of the Medical Scientist Training Program at UAB, and now at Ochsner Health System, New Orleans. Co-last author with Weaver is David A. Randolph, M.D., Ph.D., who initiated these studies while a faculty at UAB Department of Pediatrics. Randolph is now at the Rocky Mountain Hospital for Children in Denver, Colorado.

Model probes possible treatments for neonatal infection, a common cause of infant death 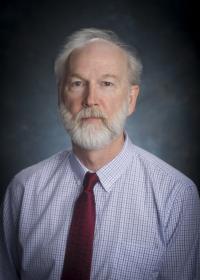