CHAPEL HILL – A clinical trial designed to replace the genetic defect causing the most common form of muscular dystrophy has uncovered an unexpected aspect of the disease. The trial, based on therapy designed by scientists at the University of North Carolina at Chapel Hill School of Medicine, showed that some patients mount an immune response to the dystrophin protein even before they have received the gene therapy.

The puzzling results, which came from trials at Columbus Children's Hospital in Ohio, suggest that the immune systems of a number of patients -- once thought to be completely devoid of the dystrophin protein -- are actually primed by the prior existence of tiny amounts of this important component of muscle.

Published this week in the New England Journal of Medicine, the study demonstrates how such careful and critical observation in early clinical trials of new therapies can yield new insights into the causes of even the "simplest" single gene disorders.

"These findings are going to be studied intensely going forward, and should help us to understand how to better tailor our treatment approaches to suit the patients' needs," said study author R. Jude Samulski, professor of pharmacology and director of the Gene Therapy Center at UNC.

Duchenne muscular dystrophy is a genetic disease that begins in early childhood, causes progressive muscle weakness, and usually leads to death by the age of twenty from respiratory or cardiac muscle failure. The illness, which primarily affects boys, occurs when a gene on the X chromosome fails to make the essential muscle protein dystrophin. Currently, the best medical therapy can only slow its progression.

The use of gene therapy to correct such single gene disorders has been explored for over two decades and has been met with a number of challenges. In the case of muscular dystrophy, the dystrophin gene is far too large to fit into the typical virus used to carry it into the patient's cells. So collaborator Xiao Xiao, PhD from UNC Eshelman School of Pharmacy engineered a smaller yet functional version of the gene – called a minigene – to place within the viral carrier. His virus of choice was adeno-associated virus or AAV, a small virus that most humans are exposed to at some point in life.

In the first trial of this form of gene therapy, which began in 2006, six boys with muscular dystrophy received the virus containing the dystrophin minigene. A phase I trial, the goals of the study were to assess the efficacy and safety of the new approach. The replacement genes were injected into the bicep in one arm and a placebo was injected into the other arm of each of the patients.

The researchers found that the immune response to the gene varied from patient to patient, perhaps in part because the patients harbored different amounts of "revertant" dystrophin fibers, fibers that have escaped the fate of their mutation. Further studies are needed, but this finding suggests that some patients may benefit from immunosuppression prior to receiving gene therapy.

"We can now use this new information to adapt our approach to make gene therapy more likely to succeed," said Samulski. "Right now we are searching for a way to cure this disease, not just care for it, but truly cure it. So we realize that this effort is going to be an iterative process, with the accumulation of a number of lessons along the way to help us succeed."

One lesson from this study suggests that keeping a close eye on the immune-response profiles of patients could help to enhance the success of not just gene therapy, but also other therapies aimed at restoring dystrophin activity. 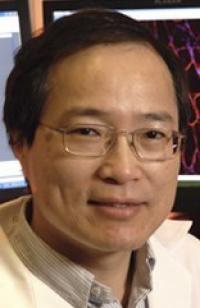