RIVERSIDE, Calif. (http://www.ucr.edu) -- In a new paper, University of California, Riverside theoretical physicist Flip Tanedo and his collaborators have made new progress towards unravelling a mystery in the beryllium nucleus that may be evidence for a fifth force of nature.

Earlier this year, an experiment in Hungary reported very unusual behavior in the decays of beryllium-8 nuclei. The experimental collaboration suggested that their results may come from the effects of a new force of nature.

If confirmed, this would have far-reaching consequences on fundamental physics including grand unification, dark matter and the experimental strategy for pushing the frontier of human knowledge.

Intrigued, Tanedo, an assistant professor at UC Riverside, and his collaborators - all theoretical physicists - decided to investigate further.

In an paper posted earlier this year, the team did the first theoretical analysis of the Hungarian team's interpretation, and showed how usual assumptions of how a fifth force would behave don't seem to work in this case because of the high energy physics experiments that would otherwise rule it out. This represented the first steps to finding wiggle room for what it would take for the fifth force interpretation to work.

The just posted paper fleshes out the previous work and presents explicit examples of theories that could explain the Hungarian experiment without running afoul of the existing constraints mentioned in the earlier paper.

"We think that the Hungarian anomaly is interesting and our model is proof that consistent theories can be constructed," Tanedo said. "We're not saying that a fifth force has been discovered - only that we can pass the first consistency check.

"The next big check is for other experiments to confirm the anomaly. Our paper lays down the framework for how other types of experiments can definitely check or refute the original Hungarian result. If it ends up being real, that would be a huge deal in our field."

The team performed a systematic study of the Hungarian results including cutting-edge nuclear physics, theoretical self-consistency and cross-checks with results from particle accelerators. They also developed a theoretical scaffolding to understand whether the beryllium result can be consistent with known physics.

"Some features that look perfectly mundane are actually violently at odds with other experiments, while other features that look difficult to explain actually can be explained by relaxing pre-conceptions about how a new force should manifest itself," Tanedo said. "If this is a new force, it is not at all what we would have expected."

The results of the study, which have been submitted to the journal Physics Review D and posted on the arXiv.org preprint server, elucidate the subtleties of the experimental results and illuminate the path forward.

"We've thrown down the gauntlet, so to speak and shown how on-going high-energy physics experiments built for other purposes can be used to definitively confirm or refute this new force," Tanedo said. "We should know within the next few years."

The latest paper is called "Particle Physics Models for the 17 MeV Anomaly in Beryllium Nuclear Decays." In addition to Tanedo, the authors are Jonathan L. Feng, Bartosz Fornal, Iftah Galon, Jordan Smolinsky, Tim M.P. Tait, all of the University of California, Irvine, and Susan Gardner of the University of Kentucky.

Nuclear puzzle may be clue to fifth force 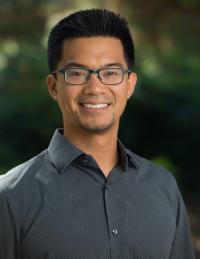