The National Oceanic and Atmospheric Administration (NOAA) has awarded a five-year $175 million cooperative funding agreement to the University of Maryland for collaborative research in Earth system science.

CISESS will be led by three principal investigators: Fernando Miralles-Wilhelm and E. Hugo Berbery of UMD and Otis Brown of NC State University.

"We are extremely proud to lead CISESS," said CISESS Executive Director Miralles-Wilhelm, who is interim director of UMD's Earth System Science Interdisciplinary Center (ESSIC) and chair of UMD's Department of Atmospheric and Oceanic Science. "Through CISESS, we will better understand how the natural atmosphere-ocean-land-biosphere components of Earth interact with human activities as a coupled system."

CISESS will have two primary locations: in College Park, Maryland, at UMD and adjacent to NOAA's Center for Weather and Climate Prediction; and in Asheville, North Carolina, collocated with NOAA's National Centers for Environmental Information and hosted by NC State University. Brown, a research professor in the Department of Marine, Earth and Atmospheric Sciences at NC State University, will serve as director of the Asheville location.

"This is an opportunity for the University of Maryland to further advance its national leadership in Earth system science research and innovation," said Mary Ann Rankin, senior vice president and provost at UMD. "We look forward to the great work that will emerge from this new institute as it helps NOAA and UMD protect the nation's environment, security, economy and quality of life."

For example, CISESS researchers will use environmental data from satellites to develop new, more accurate products that help NOAA improve weather and climate forecasts and build resilience to extreme events. The researchers will also monitor the oceans, the atmosphere, and the cryosphere and share that information so that it can be used in environmental decision-making. Overall, CISESS will provide the capabilities and expertise to improve systems for data access, quality, management, processing, analysis, assimilation, modeling, dissemination and visualization.

In addition to advancing research, CISESS researchers will educate and train students and scientists in this field and pursue outreach and engagement activities with the scientific community, decision-makers and the public.

"The creation of CISESS demonstrates the importance of pursuing Earth system research to help improve how society perceives and is affected by the natural environment," said CISESS Deputy Director Berbery, a research professor in ESSIC. "The capabilities and strengths of CISESS institutions offer an innovative organizational approach commensurate with the breadth and complexity of the challenges of the Earth system to our environment and global society."

"We are at a crucial juncture in our efforts to observe, understand and predict changes in climate and weather," said Amitabh Varshney, dean of UMD's College of Computer, Mathematical, and Natural Sciences. "This new cooperative institute positions the University of Maryland and our partners to make rapid and transformative progress in this area that has enormous impacts on life as we know it." 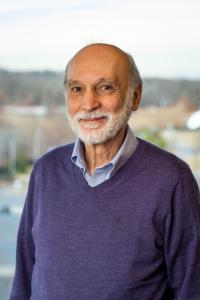