Washington, D.C., September 8, 2015 - The American Institute of Physics (AIP) has named Anna Rothschild, a digital producer for the PBS science series NOVA and the creator and host of the YouTube series "Gross Science," and Greg Kestin, a digital associate producer for NOVA and a faculty member at Harvard University, as two of the winners of the 2015 AIP Science Communication Awards. They are receiving the prize in the Broadcast and New Media category for their video, "2.5 Ways to Die in a Black Hole," published on the NOVA|PBS website on March 3, 2014.

The members of the award committee that selected Rothschild and Kestin's work enjoyed its playful style, which implements "clever visuals and writing [to] explain a challenging topic that even scientists can have difficulty with." They said the piece "addresses some of the key ideas in a way that is easy to understand. The narration is clear and concise, and the graphics are simple yet informative. The combination presents a fun, cogent overview of some of the current thinking about black holes."

"Rothschild and Kestin's work uses clever comparisons and fun animations to explore a complex question that even physicists don't yet know the answer to," said Catherine O'Riordan, Vice President of AIP's Physics Resources Center. "It's a fabulous video, and we could not be more pleased to honor it this way."

The collaboration was sparked when Kestin, writing a blog post on black holes for NOVA, suggested that the topic might also make a compelling video. Rothschild was hooked, and the two worked together to create the animated video, which describes what scientists postulate would happen to someone sucked into a black hole. It's a complicated question, especially because all of the leading explanations violate at least one of the fundamental laws of the universe. In seven minutes, Rothschild and Kestin lay out the three leading theories, explaining the ramifications of and problems with each one. Their video is available online at https://www.youtube.com/watch?v=jyFAsbBvZ70.

Both Rothschild and Kestin say they hope to follow up on this topic in the future, saying that new discoveries could occur in the next few years: "This is a question that could revolutionize our understanding of the fundamental laws of nature, and there is still no resolution," said Rothschild. "I would love to create a follow-up video as new research is done. It's an important story to make interesting and accessible to the public -- both for its scientific implications and the way it reveals how the scientific process works."

Anna Rothschild is a digital producer for the PBS science series NOVA and the creator and host of the YouTube series "Gross Science," produced by WGBH for PBS Digital Studios. She has a passion for making science fun, accessible, and inspiring through storytelling and animation, with a particular interest in all things "gross." Rothschild has a bachelor's degree in biology from Brown University and a master's in science journalism from New York University.

This is the second time Rothschild has been honored by the American Institute of Physics -- she won the same award in 2012 for a NOVA video on the atomic clock. Her work has also been included in Science Studio, an anthology of the best science multimedia on the web.

Greg Kestin holds a faculty position at Harvard University, where he conducts theoretical physics research, teaches, and produces educational online content. He recently earned his doctorate from Harvard, where as a member of the Center for the Fundamental Laws of Nature he focused on theoretical particle physics. Greg also produces short-form video as a digital associate producer for NOVA|PBS. For over a decade he has been involved with innovative educational outreach endeavors, bringing science to both students and members of the public through his writings, videos, lectures, and multimedia.

As winners, Rothschild and Kestin will share a $3,000 check and will each receive an inscribed Windsor chair and a certificate of recognition from AIP. The awards will be presented in January at the American Astronomical Society (AAS) 2016 winter meeting in Kissimmee, Fla.

ABOUT THE AIP AWARD FOR BROADCAST/NEW MEDIA

One of four AIP science communication awards, which have been awarded annually since the 1960s, the AIP Award for Broadcast/New Media recognizes excellent work that was broadcast or appeared online the previous year and was related to topics like physics, astronomy and the physical science. For more information, contact writing@aip.org or visit http://www.aip.org/aip/writing.

The American Institute of Physics is an organization of scientific societies in the physical sciences, representing scientists, engineers, and educators. AIP offers information, services, and expertise in physics education and student programs, science communication, government relations, career services for science and engineering professionals, statistical research in physics employment and education, industrial outreach, and the history of physics and allied fields. AIP publishes the flagship magazine, Physics Today, and is home to the Society of Physics Students and the Niels Bohr Library and Archives. AIP owns AIP Publishing LLC, a scholarly publisher in the physical and related sciences. See: http://www.aip.org. 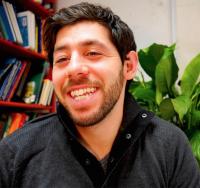