Analyzing every marijuana-related Twitter message sent during a one-month period in early 2014, researchers at Washington University School of Medicine in St. Louis have found that the "Twitterverse" is a pot-friendly place. In that time, more than 7 million tweets referenced marijuana, with 15 times as many pro-pot tweets sent as anti-pot tweets.

The findings are reported online Jan. 22 in the Journal of Adolescent Health and will appear in February in the journal's print edition.

Most of those sending and receiving pot tweets were under age 25, with many in their teens, a demographic group at increased risk for developing marijuana dependence and other drug-related problems.

"It's a concern because frequent marijuana use can affect brain structures and interfere with cognitive function, emotional development and academic performance," said first author Patricia A. Cavazos-Rehg, PhD, an assistant professor of psychiatry and scholar in the Washington University Institute for Public Health. "The younger people are when they begin using marijuana, the more likely they are to become dependent. A lot of young people will phase out of marijuana use as they get older, but unfortunately, we're not good at predicting who those individuals are."

Reams of social science studies have concluded that advertising and other messaging influences behavior. That's why certain advertising -- such as ads for cigarettes and alcohol -- is restricted, especially in places children frequent. Cavazos-Rehg said messages on Twitter and other social media outlets likely influence behavior and public opinion, too.

"Many people believe marijuana use is harmless, and social media conversations almost certainly drive some of those opinions, making the drug appear socially acceptable," she said.

Previously, the same team of researchers studied a Twitter account called Weed Tweets, a pro-pot handle with about 1 million followers. In the new study, Cavazos-Rehg and her colleagues worked with social media analytics company Simply Measured to find every tweet about marijuana sent from Feb. 5 to March 5, 2014.

They also focused their analysis on Twitter accounts with more than 775 followers as well as accounts with Klout scores of 44 and above. A Klout score measures social media influence on a scale of 1-100.

Examining a random sample of almost 7,000 tweets from these accounts, the researchers found that 77 percent were pro marijuana, 5 percent were against pot, and 18 percent were neutral.

Pro-pot tweets most commonly were aimed at encouraging the use of marijuana and its legalization and made claims about the drug's health benefits. Ten percent of the pro-marijuana tweets were sent by people who said they were currently using pot or high.

Anti-marijuana tweets often stated that the drug's users were losers or unproductive or that marijuana use is unattractive. Those whose tweets were anti-pot also stressed that the drug was harmful or that the person tweeting was against legalization.

"Although we can't yet link pro-pot tweets to actual drug use, we should be worried because many people are receiving these messages are at an age when they are most likely to experiment with drugs and develop problems with substance use," Cavazos-Rehg said. 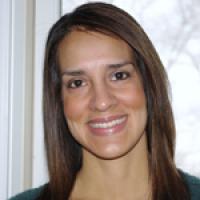