As well as being a beautiful species capable of changing its colour, shape and even gender, new research published today shows that parrotfish, commonly found on healthy coral reefs, can also play a pivotal role in providing the sands necessary to build and maintain coral reef islands.

The study, based on work in the Maldives and published in the journal Geology, found that parrotfish produced more than 85% of the new sand-grade sediment on the reefs around these reef islands.

Reef islands are unique landforms composed entirely of sediment produced on their surrounding coral reefs. Despite being of vital importance to island development and future maintenance, the sources of the sediment that are most important to island building, and the rates at which this sediment is produced, has remained very poorly examined.

Professor Chris Perry of the University of Exeter, lead author of the study said: "Previous research has highlighted how important parrotfish are for the general health of coral reefs, specifically because they help to control algal growth and promote coral recruitment. Our study quantifies another fascinating aspect of the species - the major role they can play in producing the sediment necessary to build and sustain reef islands."

Using survey and sedimentary data, the researchers explored the links between reef ecology and sediment production around the island of Vakkaru in the Maldives.

They identified parrotfish as the major sand producers, generating more than 85% of the new sand-grade sediment produced on the outer reef flat each year. The fish grind up coral during feeding and, after digesting the edible content, excrete the rest as sand, a proportion of which can then be transported to adjacent island shorelines.

Professor Perry added: "Coral reef islands are considered to be among the most vulnerable landforms to climate change and especially to future sea-level rise. This study demonstrates the critical links that exist between the ecology of the reefs that surround these islands and the processes of sand supply. We provide evidence that protecting parrotfish populations, and the habitats on which they depend, is likely to be vital to ensuring a continued supply of the sediment from which these Maldivian reef islands are built."

The University has invested strategically to deliver more than £350 million worth of new facilities across its campuses in the last few years; including landmark new student services centres - the Forum in Exeter and The Exchange on the Penryn Campus in Cornwall, together with world-class new facilities for Biosciences, the Business School and the Environment and Sustainability Institute. There are plans for another £330 million of investment between now and 2016. 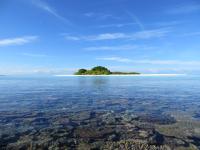 Coral Reef Island in the Maldives 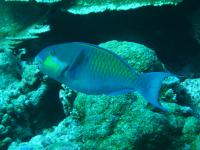