Zinc isn't just an ingredient in the lozenges you might take when you feel a cold coming on. It's also crucial to communication among the neurons--or nerve cells--in your brain, whether those neurons are helping you remember what lozenges to buy or eavesdrop on a conversation in the next pharmacy aisle.

According to Charles Anderson--a researcher with the West Virginia University Rockefeller Neuroscience Institute--scientists have known for over half a century that charged zinc atoms have something to do with neuronal chatter. But with a new grant from the National Institutes of Health, Anderson will work to pinpoint exactly what zinc does, and how it does it.

The National Institute of General Medical Sciences--a division of NIH--has awarded him nearly $1.9 million for the effort.

"One of the mysteries of neuroscience is, how is information processed through these massive interconnected circuits of neurons?" said Anderson, an assistant professor of neuroscience in the School of Medicine. "It turns out, zinc ions are one of the signaling systems that neurons use. Zinc is released from one cell, and it binds to receptors on another cell, which is what a neurotransmitter does. And it's taken us a long time to figure that out."

He and his colleagues will focus on the role zinc plays in our brain's ability to make sense of the sounds that surround us. Using "various tricks of genetics," they will turn off a zinc-transporter gene that's important to zinc signaling in a group of animal models. Then they'll compare how neural circuits in the experimental group differ from those in a control group of typical animals.

He'll also use sensors to track activity in the neurons of live animal models. The more two neurons communicate with each other, the more they will glow on a special fluorescent image that the researchers can scrutinize.

"They flash," Anderson said. "So you can look at a field of view, and you see this lightning storm. The brighter the flash, the more the neuron is firing, and the more a neuron fires, the more it's encoding that particular feature in the environment."

By chasing these "storms" across the brains of animal models in both groups, the researchers will learn more about how zinc influences the function of neural circuits.

What they discover can reveal the inner workings of the auditory cortex, a part of the brain that processes sound.

Processing sound is far from straightforward. The brain doesn't just receive information from the ear and give it meaning. It also sends information back toward the ear, instructing the neurons between the eardrum and the brain to amplify some sounds (an intriguing conversation one aisle over) and dampen others (the soft pop music that the pharmacy plays).

"It's called the cocktail-party effect, where you can focus on someone's voice and pull it out of the noise of a bunch of speakers," Anderson said. "Ten people can be talking, and you can focus on one of them. But that ability is not well understood."

The researchers' findings won't just relate to hearing in general or the cocktail-party effect in particular. They might also apply to auditory hallucinations and the symptoms of various dementias.

"A number of recent studies now suggest that changes in specific zinc transporters are linked with major neurological disorders, such as schizophrenia and Alzheimer's disease," said Randy Nelson, who chairs the Department of Neuroscience and directs basic science research at RNI.

"The goal is to understand the function of specific zinc transport proteins in the brain and create novel tools to modulate them," he said.

The more scientists know about zinc's relation to schizophrenia, Alzheimer's disease and other conditions, the better equipped they'll be to develop new treatments for them.

"What we want to know is, what is zinc doing, and how important is it?" Anderson said. "I think it's very important, and I think it's doing a lot. The more we understand about it, the more avenues we open to understand how the brain works."

Research reported in this publication was supported by the National Institute of General Medical Sciences, a division of the National Institutes of Health, under Award Number R35GM138023. The content is solely the responsibility of the authors and does not necessarily represent the official views of NIH.

Learning how one element--zinc--helps millions of nerve cells communicate 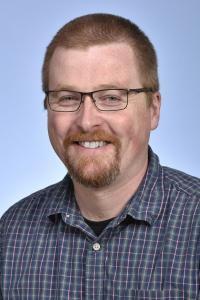