An international study investigating the carbon sink capacity of northern terrestrial ecosystems discovered that the duration of the net carbon uptake period (CUP) has on average decreased due to warmer autumn temperatures.

Net carbon uptake of northern ecosystems is decreasing in response to autumnal warming according to findings recently published January 3rd, in the journal Nature. The carbon balance of terrestrial ecosystems is particularly sensitive to climatic changes in autumn and spring. Over the past two decades autumn temperatures in northern latitudes have risen by about 1.1 °C with spring temperatures up by 0.8 °C.

Lead author of the study, Dr. Shilong Piao from the LSCE, UMR CEA-CNRS,in France says “If warming in autumn occurs at a faster rate than in spring, the ability of northern ecosystems to sequester carbon will diminish in the future”.

Philippe Ciais also, a member of the research team and a scientist from the Global Carbon Project says “The potentially rapid decline in the future ability of northern terrestrial ecosystems to remove atmospheric carbon dioxide would make stabilization of atmospheric CO2 concentrations much harder than currently predicted”.

This study was supported by European Community-funded projects ENSEMBLES and CARBOEUROPE IP, and by the National Natural Science Foundation of China as well as by Fluxnet-Canada, which was supported by CFCAS, NSERC, BIOCAP, MSC and NRCan. 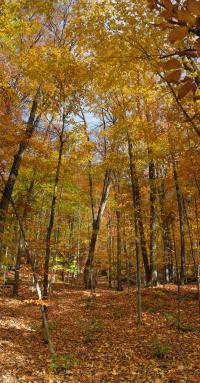 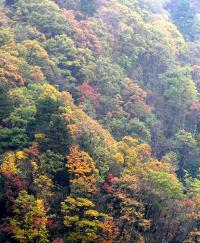