People's fear of 5G technology is rational. Such technology does emit radiation, even if it's at low levels. But 5G isn't all that different from 4G, and it certainly doesn't cause COVID-19 despite such rumors having spread rapidly across the globe.

Researchers need to better understand how misinformation like this spreads in order to hone their intervention efforts and prevent misinformed perspectives from taking root. In society's virtual world, preventing technological misinformation, in particular, is important now more than ever.

A research team led by Elaine Nsoesie, a Hariri Institute Faculty Fellow, investigated how COVID-19 misinformation proliferated using the same epidemiological techniques for modeling disease transmission. Nsoesie, along with Nina Cesare, a postdoctoral associate at the BU School of Public Health, and other scientists from Harvard Medical School and École Polytechnique Fédérale recently published their findings in the Journal of Medical Internet Research.

The team examined the spread of COVID-19 misinformation across eight English-speaking countries, including the United States, using Google Trends. The researchers focused on myths that the World Health Organization (WHO) "busted" on its website including the relationships between COVID-19 and alcohol, ginger root, the sun, 5G, and hydroxychloroquine.

What Nsoesie and colleagues found was that some COVID-19 misinformation spread exponentially across the countries, much like the coronavirus itself.

Thankfully, debunking myths online seems effective in stopping their spread. As soon as public health officials at WHO responded to COVID-19 misinformation on the WHO website, the number of Google searches for that misinformation dropped significantly.

But, the team was surprised that there seems to be a consistent, global misunderstanding of 5G technology. The myth of "COVID-19 and 5G" spread faster than any of the other rumors they investigated. "I didn't expect 5G to stand out among the misinformation as much as it did," said Nsoesie.

What makes this even more surprising is that 5G technology isn't brand new. Rather, it's a continued development, based on international standards, of the communication technologies preceding it, like 4G.

Even though 5G technology isn't entirely new, there are a few reasons why people might have believed it causes COVID-19.

For one, there is very little transparency from researchers in communication technologies that leads to institutional distrust. "I think the belief has something to do with a certain distrust in government and the ability to tie this narrative about 5G technology into conversations around government surveillance," said Cesare. This distrust is a concern even now, as myths around microchips being put into vaccines explode on Facebook.

Another explanation for why folks might associate 5G with COVID-19 is that such technology emits invisible electromagnetic waves that people fear could impact their health. "People are much more worried about things [like radiation] that they cannot see," said Starobinski.

While exposure to high-power radiation can be harmful to health, Starobinski assures that there have been safety guidelines on the radiation from communication technologies and 5G should be safe to use. "People have been using smartphones for years and we don't see evidence that this radiation has caused noticeable increase in diseases or hospitalizations due to usage," he said. He also noted that "regulators have set limits on the radiation power of 5G devices, though additional safety studies may still be warranted."

And, such radiation can't cause COVID-19. COVID-19 is a viral disease that comes from the coronavirus known as SARS-CoV-2.

To stop the spread of similar myths in the future, experts need to consistently and clearly correct common misconceptions. And better transparency from both government bodies and researchers could prevent misinformation from ever taking root.

"We [researchers] need to humanize the conversations around misinformation and continue to share true information so that misinformation becomes less prevalent in the media," said Nsoesie.

5G doesn't cause COVID-19, but the rumor it does spread like a virus 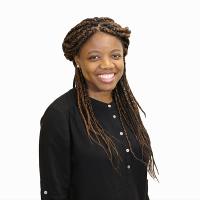 Searches for coronavirus and 5G