The Japanese art of origami (from ori, folding, and kami, paper) transforms flat sheets of paper into complex sculptures. Variations include kirigami (from kiri, to cut), a version of origami that allows materials to be cut and reconnected using tape or glue.

But while both art forms are a source of ideas for science, architecture, and design, each has fundamental limitations. The flat folds required by origami result in an unlockable overall structure, while kirigami creations can't be unfolded back into their original, flattened states because of the adhesive.

Taking inspiration from both art forms, researchers describe a new set of motifs for creating lightweight, strong, and foldable structures using soft materials. These kirigami structures can support 14,000 times their weight and, because they don't require adhesives or fasteners, can easily be flattened and refolded. Published in Physical Review X, the work was conducted by visiting graduate student Xinyu Wang and professor Randall Kamien of the University of Pennsylvania in collaboration with Simon Guest from the University of Cambridge.

Wang, a Ph.D. student at Southeast University, was interested in studying the mechanical properties of origami and kirigami structures and reached out to Kamien to start a new collaboration. After Wang arrived at the Kamien lab in September 2018, Kamien asked her to try some new designs using his group's set of rules for exploring kirigami structures.

Shortly thereafter, Wang showed Kamien a new design for a kirigami triangle that had tilted walls. Kamien was initially surprised to see that Wang had left the excess flaps from the cuts in place. "The usual kirigami route is to cut that off and tape it," says Kamien. Wang "found that, in this particular geometry, you can get the flaps to fit."

While a single triangle wasn't particularly strong on its own, the researchers noticed that when several were arranged in a repetitive design, the force they could support was much greater than expected. "Here was this structure that didn't require tape, it had cuts, and it was really strong," Kamien says. "Suddenly, we have this system that we hadn't anticipated at all."

To figure out what made this geometry so resilient, Wang made several versions of different "soft" materials, including paper, copper, and plastic. She also made versions where the cut flaps were taped, cut, or damaged. Using industry-grade tension and compression testing equipment at the Laboratory for Research on the Structure of Matter, the scientists found that the geometric structure could support 14,000 times its own weight. The tilted, triangular design was strongest when the flaps were undamaged and untapped, and it was also stronger than the same design with vertical walls.

With the help of Guest, the researchers realized that two deviations from the group's typical kirigami rules were key to the structure's strength. When the walls of the triangles are angled, any force applied to the top can be translated into horizontal compression within the center of the design. "With the vertical ones, there's no way to turn a downward force into a sideways force without bending the paper," says Kamien. They also found that the paper-to-paper overlap from leaving the cut flaps in place allowed the triangles to press up against their neighbors, which helped distribute the vertical load.

This paper is yet another example of how kirigami can be used as a "tool" for scientists and engineers, this time for creating strong, rigid objects out of soft materials. "We figured out how to use materials that can bend and stretch, and we can actually strengthen these materials," says Wang. One possible application could be to make inexpensive, lightweight, and deployable structures, such as temporary shelter tents that are strong and durable but can also be easily assembled and disassembled.

Kamien also pictures this Interleaved Kirigami Extension Assembly as a way to create furniture in the future. "Someday, you'll go to IKEA, you fold the box into the furniture, and the only thing inside is the cushion. You don't need any of those connectors or little screws," says Kamien.

Thanks to Wang's "inspired" design and Kamien's burgeoning collaboration with Wang and her advisors Jianguo Cai and Jian Feng , the possibilities for future ideas and designs are endless. "There were things about this study that are totally outside the scope of what a physicist would know," says Kamien. "It was this perfect blend of what I could do and what she could do."

Kirigami designs hold thousands of times their own weight 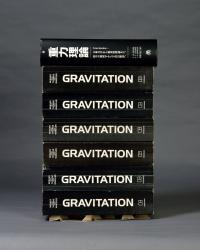