While there have been numerous medical studies investigating the physiological and biochemical basis for behavioral disorders such as antisocial personality disorder and borderline personality disorder, there have been virtually no comprehensive studies aimed at providing a physiological explanation of malignant narcissism—a term that characterizes individuals who exhibit malevolent behavior but are still able to function effectively in society.

Inspired both by the dearth of scientific literature on the subject and by her sister’s Machiavellian personality, Barbara Oakley, Associate Professor of Bioengineering at Oakland University in Michigan, set out to conduct an investigation of the physiology of this particular disorder and the impact it has had on human society. The result is "Evil Genes: Why Rome Fell, Hitler Rose, Enron Failed, and My Sister Stole My Mother’s Boyfriend" (Prometheus Books $28.95), which Harvard professor Steven Pinker praises as “a fascinating scientific and personal exploration of the roots of evil, filled with human insight and telling detail.”

"Evil Genes" is the first book to tie together the cutting edge neuroscientific and genetic results that explain human evil, showing that some deceitful, manipulative, and even sadistic behavior appears to be programmed genetically. Unlike other popular books about human evil, "Evil Genes" goes far beyond “explaining” psychopathic behavior using old-fashioned psychological theories or religious dogma. Instead, it centers on what neuroscience and genetics are revealing about not only psychopathy, but also the more subtly devious behavior of seemingly ordinary people. Oakley follows clues from the diary of her late sister—who actually did steal her mother’s boyfriend—and takes the reader inside the heads of malevolent people you know, perhaps all too well, but could never understand…until now.

Starting with psychology as a frame of reference, Oakley uses cutting-edge images of the working brain to provide startling support for the idea that “evil” people act the way they do mainly as the result of certain dysfunctions, some of which have a genetic basis. But there are unexpected fringe benefits to "Evil Genes." We may not like them—but we literally can’t live without them. The recent dramatic findings presented in "Evil Genes" illuminate not only the eerily similar behavior of dictators far afield, such as Hitler, Mao, and Milosevic, but aspects of politics at home, as well as business, religion, and everyday life. As Terrance Deacon, Professor of Biological Anthropology and Neuroscience at UC Berkeley, says, “shining this light on some of the most problematic figures of our era…challenges our assumptions about the roots of terrorism, genocide, crime, corruption—and even the sinister sides of politics, business, and religion.”

In fact, history has been shaped by the strange confluence of genes and environment that science is just now beginning to understand. Oakley links the latest findings of molecular research to a wide array of seemingly unrelated historical and current phenomena, from the harems of the Ottomans and the chummy jokes of “Uncle Joe” Stalin, to the remarkable memory of investor Warren Buffett.

William A. Wulf, President Emeritus, National Academy of Engineering, says, “Oakley deftly moves through psychology, functional brain imagery, and molecular biology to weave a compelling and provocative case for a genetic base for evil. 'Scientific non-fiction' and 'page turner' aren’t two phrases I’d expect in the same sentence, but for the remarkable "Evil Genes", they fit.”

"Evil Genes" is a tour-de-force of popular science writing that brilliantly melds scientific research with intriguing family history and puts both a human and scientific face to evil.

Barbara Oakley, PhD, “a female Indiana Jones,” is one of the few women to hold a doctorate in systems engineering. She chronicled her adventures on Soviet fishing boats in the Bering Sea in "Hair of the Dog: Tales From Aboard a Russian Trawler." She also served as a radio operator in Antarctica and rose from private to captain in the U.S. Army. Now an associate professor of engineering at Oakland University in Michigan, Oakley is a recent vice president of the IEEE Engineering in Medicine and Biology Society. Her work has appeared in numerous publications.

Evil genes made me do it 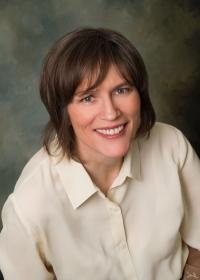