While NHL tends to be a slow-growing disease, patients frequently relapse after standard treatment, underscoring the need for new therapies. Axi-cel's effectiveness in trial participants who had either relapsed or become resistant to other drugs is especially encouraging, according to investigators.

"We were very impressed with the magnitude of the responses, and also the durability," said Dana-Farber's Caron Jacobson, MD, MMSc, who led the trial and will present the findings at ASH. "This treatment has meaningfully impacted high-risk patients with these diseases. I was also struck early on by how favorable the safety profile was compared to what we've been seeing in the fast-growing lymphomas."

Axi-cel is made by collecting some of a patient's disease-fighting T cells and genetically altering them to deploy a specialized receptor on their surface. The receptor enables the modified T cells - called chimeric antigen receptor, or CAR T cells - to latch onto cancer cells and destroy them. The CAR T cells are then infused into the patient. In previous trials in patients with large B cell lymphoma, the therapy reduced cancer cells below detectable levels, achieving a "complete response," in many patients.

A median of 17.5 months after treatment with axi-cel, 92% of the trial participants had an objective response - a detectable reduction in their cancer - and 76% had a complete response. At the cutoff date for data collection, responses continued in 62% of all treated patients.

Jacobson will present findings on this study at the "Advancing New Frontiers: Genome Editing & Cellular Therapy" press briefing on Saturday, Dec. 5, at 12:30 p.m. EST. Further details will be presented during Session 623, Abstract 700, on Monday, Dec. 7 at 4:30 p.m. EST. 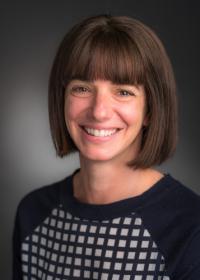