When diners belly-up to a buffet, food order matters. When healthy foods are first, eaters are less likely to desire the higher calorie dishes later in the line, says a new Cornell University behavioral study in PLOS ONE, Oct 23.

"Each food taken may partly determine what other foods a person selects. In this way, the first food a person selects triggers what they take next," write behavioral economists Professor Brian Wansink and Andrew Hanks, postdoctoral researcher.

The researchers offered two breakfast buffets to 124 people. In one, diners saw healthy food like fruit, low-fat yogurt and low-fat granola first. At the other buffet, dinners saw high-calorie offerings such as cheesy eggs, fried potatoes and bacon first.

"The first three food items a person encountered in the buffet comprised 66 percent of their total plate, regardless of whether the items were high or low-calorie foods," said Wansink

While the presentation order of buffet foods prompted diners to take the items they encountered first, researchers saw evidence of a "trigger effect" in the cheesy eggs-first line. "Placing less-healthful foods first all but encourages diners to select the next two calorically dense and highly delicious potatoes and bacon," Hanks said.

"There's an easy take-away here for us…always start at the healthier end of the buffet,"said Wansink, "Two-thirds of your plate will be the good stuff!" 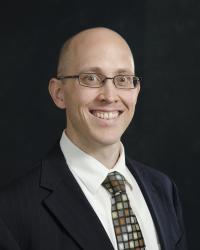