Our world is filled with hopelessly complicated systems: transportation systems, financial systems, biological systems, etc. These so-called complex systems -- natural or man-made -- are systems that are intrinsically challenging to predict due to emergent collective dynamics influenced by external environmental factors.

The complexity of these systems is rooted in the intricate interdependencies between these constitutive elements and interactions with the outside world. Understanding the propagation of exogenous perturbations is of critical importance to complex systems. For instance, think of a local shutdown at one end of the power grid, and how it can lead to a massive cascading failure, snowballing into a large-scale blackout such as the 2003 Northeast blackout in the United States. Think of how a snowstorm in the New York metropolitan area triggers an avalanche of delays in San Francisco, Los Angeles, and throughout the West Coast. Or think of fads introduced by celebrities, and how they sometimes go viral, propagate and amplify through tweets/retweets, sharing and likes.

For decentralized networked systems operating in dynamic environments, the ability to respond to changing circumstances is paramount. It can be a matter of life and death for birds flocking and maneuvering to escape a predator attack. It can also be a matter of optimal efficiency for multi-robot systems operating collectively and subjected to changing conditions. It is therefore critical to investigate and understand the influence of the network topology on the system's collective response.

With this in mind, Bouffanais and his team at the Singapore University of Technology and Design (SUTD) considered an archetypal model of distributed decision-making: the objective was to study the collective capacity of the system in responding to local external perturbations. Their theoretical network science results were verified with experiments on the collective behavior of a swarm of land robots. They revealed a nontrivial relationship between the dynamics of the perturbation and the optimal network topology. The emergent collective response of the swarm to a slow-changing perturbation increases with the degree of the interaction network, but the opposite is true for the response to a fast-changing one. Their study uncovered the existence of a specific number of interactions among units required to produce an optimal collective response.

Principal investigator, SUTD Associate Professor Roland Bouffanais said: "Given the explosion in the development of distributed/decentralized systems, this research shows that a dynamic rewiring of the interaction network is essential to the effective collective operations of these complex engineered systems at different time scales."

Details of this work appeared in the Science Advances on 3 April 2019. 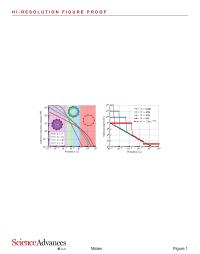