In the aurora borealis on Earth, electrically charged particles of the solar wind move along the Earth's magnetic field. At high latitudes, these strike nitrogen and oxygen atoms and molecules in the upper Earth's atmosphere and cause them to glow. These kinds of or similar aurora phenomena have also been discovered on other planets and their moons. As an international team reported today in the Nature Astronomy journal, the phenomenon has now been discovered at comet Chury. The solar wind's particles are responsible for the aurora at Chury as they strike the gas around the comet, also known as the coma. "The resulting glow is one of a kind," says Marina Galand of Imperial College London, lead author of the study. "It's caused by a mix of processes, some seen at Jupiter's moons Ganymede and Europa and others at Earth and Mars."

Thanks to the analysis of data from the European Space Agency ESA's Rosetta mission, the researchers were able to prove that in the case of Chury solar wind electrons are accelerated towards the comet and strike the gas in the coma there. "Since this process is very high energy, the resulting glow is also highly energized and therefore in the ultraviolet range, which is invisible to the human eye," explains Martin Rubin, co-author of the study from the University of Bern Physics Institute.

These UV emissions had in fact been observed earlier at Chury. At that time though it was wrongly assumed that these emissions were caused by particles of sunlight, known as photons, similar to the so-called "nightglow" on Earth. "By analyzing the Rosetta data though, it was revealed that solar wind electrons are the reason for the glow and not in fact photons, as previously assumed," continues Galand.

"Rosetta is the first mission to observe an ultraviolet aurora at a comet," says Matt Taylor, ESA project scientist. "Auroras are inherently exciting - and this excitement is even greater when we see one somewhere new, or with new characteristics".

Data on gas composition from Bern

"The analysis was complicated and required data from various instruments," explains Kathrin Altwegg, head of ROSINA, the mass spectrometer at the University of Bern, which had collected data from comet Chury on board ESA's Rosetta space probe, providing information on the composition and density of the coma, among other things. According to Kathrin Altwegg, the study is evidence that our understanding can be deepened and new insights gained by using data from different teams, instruments and computer models. "And this even years after the official end of the mission in 2016 with the controlled crash of the Rosetta probe onto comet Chury's surface," continues Altwegg.

Aurora as a tool for observing the solar wind

Aurora phenomena are observed in the most diverse environments in our solar system and beyond. "A magnetic field like the one on Earth is not needed for this, as comet Chury does not have one itself," explains Martin Rubin. The aurora phenomenon at Chury is therefore more diffuse than on Earth. "The observation of cometary aurora phenomena definitely has an aesthetic value. Beyond that the UV observations from Earth could one day also provide information about the solar wind at these comets - even without a space probe like Rosetta being on site," explains Martin Rubin. 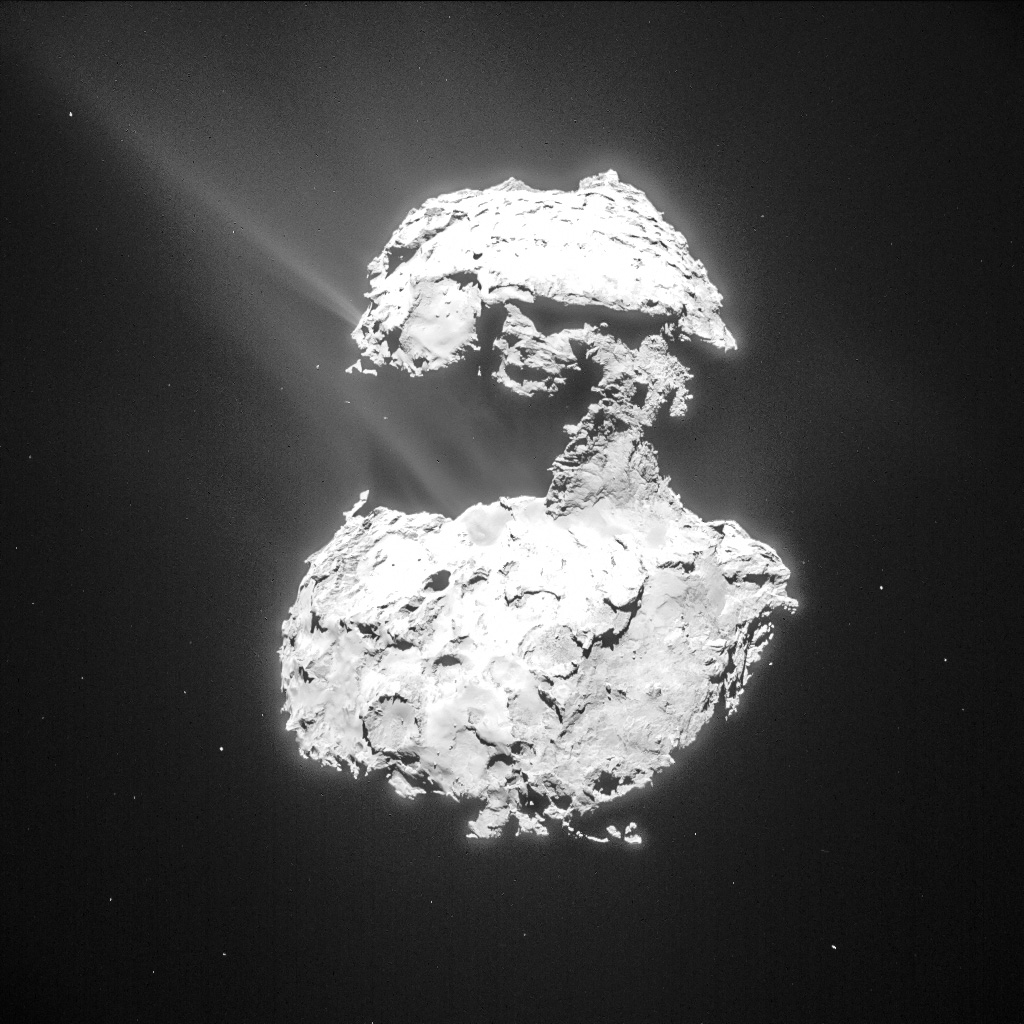 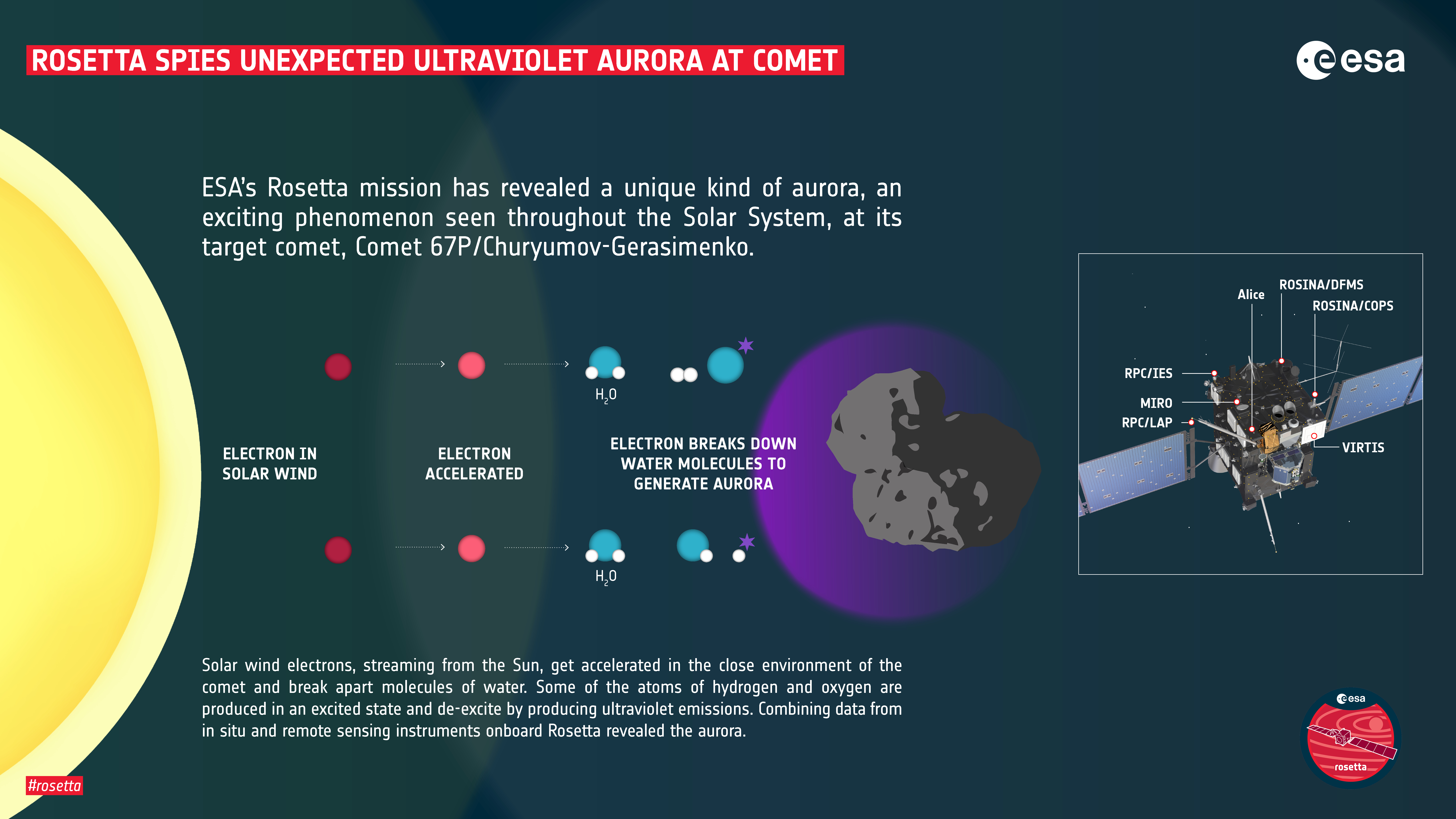 Key Stages of the Mechanism by Which the Aurora Is Produced