An international research group led by Prof. WANG Bo and Prof. SHI Gongle from the Nanjing Institute of Geology and Palaeontology of the Chinese Academy of Sciences (NIGPAS) collected approximately 25,000 fossil-containing amber samples and about 5,000 fossil plants in Zhangpu County, Fujian Province, southeast China from 2010 to 2019.

Their findings were published in Science Advances on April 30.

The Zhangpu biota, including amber biota and co-occurring megafossils, is the richest tropical seasonal rainforest biota discovered so far. It reveals that extraordinary species diversity existed within a 14.7 million-year-old tropical rainforest and sheds light on the evolution of the rainforest.

Diverse winged fruits of Dipterocarpaceae and legumes as well as leaves of 78 different broadleaf trees show that tropical seasonal rainforests extended further north than today, offering an insight into what changes might take place in a future warmer world if ecosystems are able to adapt.

The Zhangpu amber biota contains a diverse, exquisitely preserved fossil arthropod fauna and abundant botanical and other inclusions such as fungi, snails, and even feathers. Botanical inclusions include bryophytes (liverworts and mosses) and flowering plants.

The insect fauna in Zhangpu amber include many ants, bees, lacewings, stick insects, termites, and grasshoppers that are today restricted to tropical Southeast Asia and/or New Guinea.

These results suggest that Asian rainforest insect communities have remained stable since the middle Miocene (at least 15 million years ago). It also highlights that tropical rainforests act as museums of biological diversity at the generic level. The relative ecological stability of such "megathermal" environments facilitates the continued accumulation of species diversity and makes them even more precious than previously realized.

The Zhangpu amber biota is unique because the samples are not commercially extracted and consequently the species census is minimally skewed by human selective bias. Moreover, its precise age is well-constrained by radioisotopic dating and the associated plant compression/impression fossils allow quantitative reconstruction of the ancient climate.

Compared to the modern climate of Zhangpu, the most notable difference is that the middle Miocene climate had a warmer winter, leading to a relatively stable temperature throughout the year.

In scenarios of global warming, winter warming is commonly more pronounced than summer warming, and has larger and more widespread effects on terrestrial and marine ecosystems. It reduces "winterkills" and is beneficial for reproduction and growth of tropical animals and plants.

"Winter warming is likely to have been a major driver of the northern expansion of the megathermal biota in South China during the Mid-Miocene Climatic Optimum," said Prof. SHI. 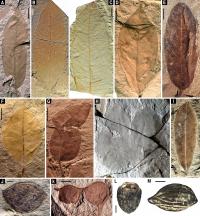 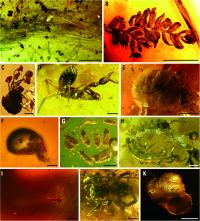