It might seem like a "whale of tale," but groundbreaking research from Florida Atlantic University's Harbor Branch Oceanographic Institute is the first to demonstrate that just like human societies, beluga whales appear to value culture as well as their ancestral roots and family ties.

Through a detailed genetic study of kinship published in PLOS One, an international team of collaborators has demonstrated that related whales returned to the same locations year after year, and even generation after generation. This inter-generational inheritance of where to go and when probably involves some form of social learning from members of the same species, most likely from mother to calf. The study firmly establishes philopatry to summering ground and most likely entire migratory circuits as a characteristic behavior in beluga whales.

Findings from this study also pin down the fundamental structure of the building blocks of beluga whale society and provide compelling evidence that migratory culture is inherited. It further helps maintain demographically discrete populations of beluga whales that can overlap in both time and space. Not only do these whales know where to go and where not to go, they also are passing on this information from one generation to the next.

Inhabiting Arctic and sub-Arctic waters, beluga (means "white" in Russian) whales, Delphinapterus leucas, spend their winters and summers in different locations where they feed, breed, molt and raise their young. Some even travel as far as 6,000 kilometers each year. These highly sociable animals often like to hang out in the thousands nearshore during the summer when the ice melts - a whale's version of an "icebreaker."

Their incredibly sophisticated series of vocal repertoires and acoustic systems suggest that they are capable of forming very complex relationships and groups. However, the issue of whether these animals and other non-primates are capable of developing culture has been debated for a long time partly because of how culture is defined and since they are very difficult to study in the wild.

"What intrigued us most was whether particular whales returned to where they were born or grew up and if this was an inherited behavior," said Greg O'Corry-Crowe, Ph.D., lead author and a research professor at FAU's Harbor Branch. "The only way that we could definitively answer these questions was to find and track close relatives from one year to the next and one decade to the next."

Prior to this study, culturally inherited migration routes and destinations were inferred from studies of genetic differences between groups and populations of whales, where differences in the pattern of maternally inherited mitochondrial DNA suggested strong fidelity to an individual's group and/or place of birth. Until now, direct evidence for such philopatry was sparse.

The study involved whales from all major coastal concentration areas in the north Pacific in three geographic areas: Gulf of Alaska, the Bering-Chukchi-Beaufort Seas, and the Sea of Okhotsk. The research team used a much expanded sample and genetic marker set comprising 1,647 whales, spanning more than three decades (1978-2010) and encompassing all major coastal summering aggregations in these geographic areas. They analyzed 1,444 samples for both mitochondrial DNA and eight microsatellite loci and further analyzed 203 Russian Far East whales from the literature.

Closely related whales were found to aggregate together at coastal summering areas each year, and close kin were documented at the same summering sites up to twenty years apart. Researchers also found clear evidence of sex-biased dispersal than previous studies have shown, and documented stability in migration and dispersal behavior over ecological timeframes with notable exceptions.

O-Corry-Crowe notes that Beluga whales' social learning, kinship, and traditional use of areas will provide scientists and population managers with a better idea of how this species perceives its environment and how they are going to respond to changes in it.

"Findings from our study are expanding our understanding of how sophisticated non-primate societies can be and how important culture is for the survival of these species," said O'Corry-Crowe. "Our findings also will influence our thinking in terms of how populations and species are going to adapt to dramatic environmental changes. There are few places where this is more urgent than in the rapidly changing polar regions."

O'Corry-Crowe and his colleagues tout the contributions of several Native Communities in Alaska, Russia and Canada for the study's success.

"None of this would have been possible without the help, guidance and hospitality of our Native partners," said O'Corry-Crowe.

The study was a collaborative effort involving the North Slope Borough Department of Wildlife Management in Barrow, Alaska, the Alaska Department of Fish and Game in Fairbanks, the Fisheries and Oceans Canada in Yellowknife, Northwest Territories, the Marine Mammal Laboratory, ChukotTINRO, Anadyr in Chukotka, Russia, the North Pacific Wildlife Consulting, Marine Mammal Laboratory in Seattle, Washington, the University of Alaska, School of Fisheries and Ocean Science in Kailua Kona, Hawaii, and the National Marine Fisheries Service in Anchorage, Alaska. 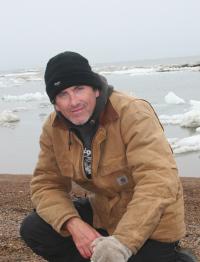