When University of Ottawa biologists Kim Mitchell and Vance Trudeau began studying the effects of gene mutations in zebrafish, they uncovered new functions that regulate how males and females interact while mating. We sat down with senior author Professor Trudeau, Research Chair in Neuroendocrinology at the Faculty of Science, to learn more.

Please tell us about this research project.

Kim and I were working with international collaborators from the Institute of Hydrobiology at the Chinese Academy of Sciences in Wuhan. Using gene editing technology set up by our Chinese colleagues, we mutated two related genes and studied the effects on sexual function in zebrafish. They are freshwater fish belonging to the carp and minnow family that are now a widely used model organism in biomedical research.

What did you discover?

We changed the secretogranin-2 genes through specific mutation and found that it affected the ability of females and males to breed. It severely reduced their sexual behaviour.

The fish look normal, but when both sexes are put together, they almost ignore each other!

Normally, within a few minutes after a male and female are introduced for the first time, the male chases the female in a courtship ritual, and shortly therefore they spawn - that is to say, the female releases her eggs to the water, and the male instantly fertilizes them. But we found that only 1 in 10 of the couples with mutated genes could spawn.

The couples carrying the introduced mutations produce eggs and sperm, but they are simply terrible at mating with each other.

This is the first evidence that mutation of these genes leads to disruption of sexual behaviour in any animal.

What role does secretogranin-2 play?

Secretogranin-2 is a large protein that is important for the normal functioning of brain cells and other cells that secrete hormones to control body functions such as growth and reproduction. However, this protein can get chopped up by special enzymes and we found that one small fragment called the secretoneurin peptide is important for stimulating sexual function.

In the genetically altered fish, we can partially restore sexual function by a single injection of the secretoneurin peptide into the body. We believe the peptide acts on cells in the brain and pituitary gland to increase hormone release thereby enhancing the ability of the female to ovulate and lay her eggs.

Why is this important?

We have uncovered new genes that can regulate reproduction, and the secretoneurin peptide is therefore itself a new hormone. The secretoneurin produced in fish is remarkably similar to that found in other animals, including humans. We can now use our genetically modified fish to look for other factors that could enhance sexual function, be it for increased spawning in cultured fish species, or to help with the search for new human infertility treatments.

This is just the beginning of the possibilities. The large secretogranin-2 genes may produce many other hormone-like peptides with unknown functions. It will be exciting to explore this in future research projects.

The paper "Targeted mutation of secretogranin-2 disrupts sexual behavior and reproduction in zebrafish" is published in the scientific journal PNAS. 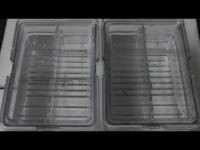 The fish with the 2 genes mutated 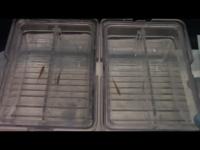