Scientists in the Center for Infection and Immunity at Columbia University's Mailman School of Public Health have discovered a new virus in seals that is the closest known relative of the human hepatitis A virus. The finding provides new clues on the emergence of hepatitis A. The research appears in the July/August issue of mBio, the online open-access journal of the American Society for Microbiology.

"Until now, we didn't know that hepatitis A had any close relatives, and we thought that only humans and other primates could be infected by such viruses," said lead author Simon Anthony, assistant professor of Epidemiology. "Our findings show that these so-called 'hepatoviruses' are not in fact restricted to primates, and suggest that many more may also exist in other wildlife species."

Hepatitis A viral infection, which impacts 1.4 million people worldwide annually, can cause mild to severe illness. It is a highly contagious disease that is usually transmitted by the fecal-oral route, either through person-to-person contact or through consumption of food or water. "Our data suggest that hepatitis A and this new virus share a common ancestor, which means that a spillover event must have occurred at some point in the past," said Anthony. "It raises the question of whether hepatitis A originated in animals, like many other viruses that are now adapted to humans."

The researchers discovered the new virus while investigating a deadly strain of avian influenza that killed over 150 harbor seals off the coast of New England in 2011. In an effort to determine what viruses might co-occur with influenza, researchers performed deep sequencing of all the viruses present in three of the marine mammals. They discovered a new virus that was genetically similar to hepatitis A and named it phopivirus. An analysis of additional animals living off the coast of New England (29 harbor seals, 6 harp seals and 2 grey seals) identified phopivirus in 7 more animals. The researchers say the virus appears to be fairly common in seals based on the animals examined for their study, and so far there is no evidence that it causes them any harm. However, they caution that further research is needed in mature seals, because if it acts anything like hepatitis A it might only cause disease in adults.

In the natural history of phopivirus and hepatitis A, it is unclear whether a common ancestor (virus) spilled over from humans to seals, vice versa, or from a third unrelated host that has not yet been identified. However various factors, including the fact that the virus was found in different species of seals, suggest that the virus has been present in seals for a fairly long time. The researchers next plan to look at species that have close interactions with seals to see if they can find other wildlife reservoirs of hepatitis A-like viruses. "Coyotes regularly scavenge dead seals along the coast, so it would be very interesting to examine coyotes to see if they have any similar viruses," said Katie Pugliares, MS, a senior biologist at the New England Aquarium in Boston who was also involved in the study. Another project might study humans who eat seal meat to see if the seal virus has ever spilled over.

The vast majority of emerging infectious diseases in humans have origins in wildlife. In recent years, scientists in the Center for Infection and Immunity led by Simon Anthony have been working with partners at the EcoHealth Alliance, University of California Davis, and others under the auspices of the United States Agency for International Development's PREDICT program to identify potential zoonotic viral threats to human health. "Our goal", said W. Ian Lipkin, director of the Center and John Snow Professor of Epidemiology, is "to try to understand drivers of infectious disease emergence thereby enhancing pandemic preparedness." 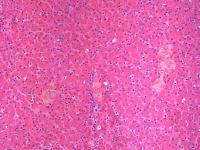