Designating relatively small parcels of land as protected areas for wildlife with no habitat management -- which has frequently been done in urban-suburban locales around the world -- likely does not benefit declining songbird species, according to a team of researchers who studied a long-protected northeastern virgin forest plot.

They reached their conclusion after comparing bird population data collected in the 1960s in Hutcheson Memorial Forest, a unique, uncut 40-acre tract owned by Rutgers University in central New Jersey, to bird numbers found there in recent years. In the 1950s, when Rutgers received the land, a deed restriction explicitly prohibited habitat and wildlife management.

This single site is very typical of protected areas established in the last decade worldwide, researchers noted, because 68 percent of the 35,694 terrestrial protected areas added to the World Protected Area Network from 2007 to 2017 are of equal or smaller size to Hutcheson Memorial Forest.

The researchers found that nearly half the species found in the forest at the time of initial protection are now gone, and that yearly forest species composition is highly dynamic. Ground nesting and migratory species were more likely to be missing than were canopy breeders, cavity nesters and year-round residents.

Regional population declines explained differences in local extinction probability across species, indicating that the study population, to some extent, mirrored larger regional dynamics, researchers said. However, the abundance of a substantial number of species declined within the forest while experiencing no regional declines, or even regional increases, in abundance.

"We believe this study provides a nice window into what is happening in small, urban-suburban protected bird areas around the world," said research team member Julian Avery, assistant research professor of wildlife ecology and conservation in Penn State's College of Agricultural Sciences. "It gave us an unprecedented look into how the bird community has changed through time."

When Avery was a doctoral student at Rutgers in 2007, he played a key role in getting the bird-banding station restarted in Hutcheson Memorial Forest, duplicating activities conducted during the 1960s. After he graduated and joined Penn State's faculty, researchers continued to capture and recapture birds with mist nets in the exact same spots with the same frequency as was done 40 years before.

Species that were often present in the 1960s in the Hutcheson Memorial Forest no longer are present, include the ovenbird, brown thrasher and red-eyed vireo. Some species that were less common historically, now are very common, such as the common yellowthroat and hairy woodpecker. Species commonly found in the research area both then and now include eastern towhee, gray catbird, red-bellied woodpecker and Carolina wren.

The findings of the research, recently published in Biodiversity and Conservation, suggest that even with protected status, small forest fragments may not provide the conservation benefits that protection is meant to provide. A major reason why, Avery believes, is that in many cases with habitat protection there is a subsequent lack of wildlife and habitat management.

As a result, over-abundant deer can overbrowse and decimate the forest understory, and invasive plant species also begin to colonize, eliminating needed cover for ground-nesting birds. The lack of sound forestry practices, invasive plant removal and prescribed fire, in the long run, has the consequence of degrading habitat -- and bird populations suffer.

"We have learned that an active approach is much better for the habitat and the birds -- if you don't do something, provide some management, then you prevent the existing plant community from replacing itself," Avery said. "With the Hutcheson Memorial Forest, the donors didn't want anybody to harvest the ancient trees or change the forest. That sentiment was well-meaning, but when the deer are eating the native plants such as oak and hickory and avoiding the invasives, through time, we are not getting replacement of the desired, original forest. Habitat conservation needs effective management."

The U.S. Department of Agriculture's National Institute of Food and Agriculture and the Hutcheson Memorial Forest Center supported this research.

Without habitat management, small land parcels do not protect birds 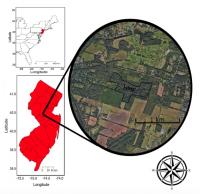