The discovery of a mechanism by which normal brain cells regulate the expression of the NFIA gene, which is important for both normal brain development and brain tumor growth, might one day help improve therapies to treat brain tumors. The study appears in the journal Nature Neuroscience.

"We began this project by studying how three components that regulate the expression of the NFIA gene interact with each other in the developing spinal cord in animal models," said corresponding author Dr. Benjamin Deneen, associate professor of neuroscience at the Center for Stem Cell and Regenerative Medicine and member of the Dan L Duncan Comprehensive Cancer Center at Baylor College of Medicine.

The researchers studied mostly glial cells, which represent 70 percent of the cells in the central nervous system and support the functions of the neurons.

Gene expression, the process by which genes produce proteins, is regulated at different levels, in a coordinated fashion, but scientists don't completely understand how these levels interact. Deneen and his colleagues explored how three levels of gene regulation coordinated their activities to regulate NFIA gene expression. The researchers studied enhancers, (sections of DNA that are located at a distance from the NFIA gene and can influence gene expression), transcription factors (proteins that bind to enhancers) and the three-dimensional architecture of the associated DNA.

First, they identified enhancers involved in the regulation of expression of NFIA gene using a non-traditional approach. Instead of using bioinformatics to infer which sections of DNA probably have enhancer activity, they used living chick embryos to identify enhancer elements in the spinal cord associated with the expression of the NFIA gene.

"Our chick spinal cord system is a powerful model for screening and proving enhancer function," said Deneen, who also is a member of Jan and Dan Duncan Neurological Research Institute at Texas Children's Hospital. "The system allowed us to identify multiple enhancers that operate in specific locations in the DNA and at different times, enabling us to pinpoint the transcription factors that regulate them. We also were able to determine how the DNA strands formed distinct 3-D architectures - DNA loops - that brought enhancers and transcription factor together closer to the NFIA gene, which led to the production of the NFIA protein."

Applying the new findings to glioma, a type of brain tumor derived from glial cells

"We extended these studies to glioma, one of the most deadly forms of cancer. It has a 5 year progression-free survival rate of less than 5 percent," Deneen said.

"We had previously shown that NFIA is important for glioma formation," said first author Dr. Stacey Glasgow, a postdoctoral fellow in the Deneen lab. "In this study we wanted to know whether the 3-D DNA loops we saw in normal glial cells also formed in glioma and what would happen if we disrupted them."

"Altogether, our results open the possibility for a new approach to treat glioma in the future," Deneen said. "Disrupting the DNA loops required for NFIA expression could be a potential strategy to indirectly reduce NFIA expression and, as a result, reduce tumor proliferation." 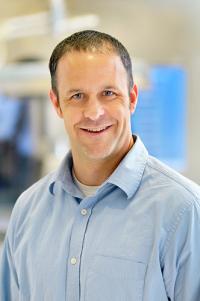