Someday, underwater robots may so closely mimic creatures like fish that they’ll fool not only the real animals themselves but humans as well. That ability could yield information ranging from the health of fish stocks to the location of foreign watercraft.

Such robots would need to be fast, efficient, highly maneuverable, and acoustically stealthy. In other words, they would have to be very much like bottlenose dolphins or killer whales.

“We’re interested in developing the next generation of underwater vehicles so we’re trying to understand how dolphins and whales swim as efficiently as they do,” says Keith W. Moored, an assistant professor of mechanical engineering and mechanics in Lehigh University’s P.C. Rossin College of Engineering and Applied Science. “We’re studying how these animals are designed and what’s beneficial about that design in terms of their swimming performance, or the fluid mechanics of how they swim.”

Moored is the principal investigator on a paper recently published in the Journal of the Royal Society Interface that examined the fluid mechanics of cetacean propulsion by numerically simulating their oscillating tail fins. For the first time, Moore and his team were able to develop a model that could quantitatively predict how the motions of the fin should be tailored to its shape to maximize its efficiency. The research was part of a larger project supported by the Office of Naval Research under its Multidisciplinary University Research Initiative program. The project, which received more than $7 million in funding (with $1 million going to Lehigh) over more than five years, also included the University of Virginia, West Chester University, Princeton University, and Harvard University.

The tail fins of cetaceans (whales and dolphins) come in a wide variety of shapes. The way these animals move their fins, or their kinematics, also varies. Some cetaceans may flap their fins at a greater amplitude, or pitch them at a steeper angle. Moored and his team wanted to better understand this interplay between the two variables to determine if tail fin shape was tailored to a specific set of kinematics.

Using the shape and kinematic data for five cetacean species (with common names of bottlenose dolphin, spotted dolphin, killer whale, false killer whale, and beluga whale), they ran simulations on each of the species to determine its propulsive efficiency. Then they swapped the data around, for example, running a simulation on the fin shape of a killer whale attached to the kinematics of a dolphin.

“We ran 25 of these swapped simulations, and we were really surprised,” says Moored. “The pseudo orca fin shape was always the best, meaning it was the most efficient. It didn’t matter what kinematics we gave it. And the beluga whale kinematics were always the best, regardless of which shape it was attached to. We didn’t expect that, so we started digging into it more and developed this relatively simplistic model of how efficiency scales with different kinematic and shape variables.”

The model worked well to capture the data that Moored and his team had already generated, so they extended their data set to examine any resulting trends. They found that their model  not only predicted efficiency beyond their data set but also revealed that specific shapes were tailored to specific kinematics.

One interesting revelation, says Moored, was the fundamental interplay between circulatory forces and added mass forces that contribute to an animal’s movement. Circulatory forces are those that generate lift, like with aircraft.

“A tail that’s flapping up and down generates forces just like an aircraft, but it also generates added mass forces that have to do with how fast the fluid is being accelerated,” says Moored. “In the past, people didn’t think those added mass forces were that relevant in cetacean swimming. It’s not acknowledged at all in the previous literature. But we found that the accelerations of the fin are integral to predicting the trends of efficiency, and that was fascinating to us. It ultimately gives us a predictive model that’s accurate. Without it, we’d basically be saying that fin shape doesn’t change the efficiency, and that’s not true.”

Having a model that can predict performance based on shape and kinematics provides a basic design equation of sorts for building an underwater robot that performs like a cetacean. To date, these equations haven’t existed. And the potential for these machines is huge. Fast, efficient, and highly maneuverable fish-shaped robots could help researchers test hypotheses about how the animals swim, and better understand the behavior of fish schools. They could be used to detect submarines and other submersibles. They could also be used to monitor the impact of climate change on fish stock populations.

Moored and his team have already moved on and expanded their scaling model to account for a larger range of variables they then validated with experimental data. Ultimately, they want to build a far more predictive model. One that captures the effects of these variables, and can then predict performance for a range of applications.

“This fish swimming problem is a really exciting problem because it’s so complicated,” he says. “It’s fascinating to take this chaos of variables and see order in it, to see the structure in it, and to understand what’s fundamentally happening.”

Keith W. Moored is an assistant professor in the Department of Mechanical Engineering and Mechanics at Lehigh University, where he leads the Unsteady Flow Interactions Laboratory. He joined the faculty in 2013 and conducts research at the intersection of fluid mechanics, solid mechanics, and biology. He is currently a PI on an ONR MURI topic on nontraditional propulsion and received an NSF CAREER award in 2017. He is also affiliated with Lehigh’s Institute for Functional Materials and Devices (I-FMD).

Moored grew up in the Shenandoah Valley of Virginia and attended the University of Virginia, where he received a BS in aerospace engineering and a BA in physics (2004). He stayed at UVa to research the principles of bio-inspired propulsion based on the swimming of manta rays for his dissertation, receiving his PhD in mechanical and aerospace engineering in 2010. From 2010 to 2013, he was a postdoctoral research associate and lecturer in mechanical and aerospace engineering at Princeton University. Additionally, in 2012, he sailed as faculty on Semester at Sea for the Engineering Maymester, a short-term voyage through South and Central America. 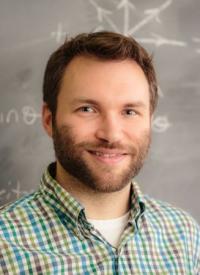