INDIANAPOLIS -- With the growth of electronic medical records, research utilizing data from a large number of patients, known as big data studies, can provide important information which may be unattainable via clinical trials which tend to be costly, time-consuming and involve fewer patients.

A new big data study conducted by researchers from the Regenstrief Institute and Indiana University has found that a drug commonly prescribed to conserve potassium in the blood also significantly lowers blood pressure when taken in conjunction with a diuretic frequently prescribed to patients with hypertension. The combination of the two drugs, both available as generics, has been shown to consistently amplify blood pressure reduction in patients with or without the presence of other antihypertensive agents such as ACE inhibitors and calcium channel blockers.

Using de-identified information from the electronic medical records of 17,291 hypertensive patients who were prescribed the drug hydrochlorothiazide with or without triamterene between 2004 and 2012, the researchers are the first to demonstrate triamterene's ability to enhance the blood pressure lowering effect of hydrochlorothiazide, a commonly prescribed diuretic.

"This study is a perfect example of how we can learn about the previously unknown therapeutic effects of drugs from big data. In this case, big electronic medical record data are being used to answer questions that may otherwise be unanswerable," Wanzhu Tu, Ph.D., first author of the new study published online ahead of print in the Journal of General Internal Medicine, said.

"It is unlikely that a large clinical trial would be conducted to reexamine the blood pressure effect of triamterene, a drug that has been on the market since 1965. Yet smaller clinical trials simply do not provide sufficient power to determine the drug's effect. Observational studies based on big data, like ours, provide a viable alternative." Dr. Tu is a Regenstrief Institute investigator, an IU Center for Aging Research scientist and a professor of biostatistics at IU School of Medicine.

The Regenstrief Institute is a pioneer and international leader in the use of big data to improve health care.

"Physicians now know, beyond anecdotal evidence and studies that were too small to provide definitive findings, that there is an additional benefit from a drug we often prescribe, and perhaps should be prescribing more often," endocrinologist J. Howard Pratt, M.D., senior author of the study, said. He is a professor emeritus of medicine at IU School of Medicine.

This work was supported in part by National Heart, Lung, and Blood Institute grant RO1HL095086. 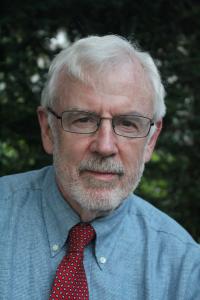