PITTSBURGH, May 17, 2021 - Monoclonal antibodies, a COVID-19 treatment given early after coronavirus infection, cut the risk of hospitalization and death by 60% in those most likely to suffer complications of the disease, according to an analysis of UPMC patients who received the medication compared to similar patients who did not.

UPMC and University of Pittsburgh School of Medicine physician-scientists published the findings today in Open Forum Infectious Diseases, a journal of the Infectious Diseases Society of America. The study involved bamlanivimab, a monoclonal antibody that is now offered only in combination with another monoclonal antibody to further increase its effectiveness--a change mandated by the federal government after the study's completion.

"The fact that we found bamlanivimab to be this effective in keeping our patients with COVID-19 out of the hospital bodes very well for the future use of the currently available monoclonal therapies, something we are studying now," said lead author Ryan Bariola, M.D., associate professor in Pitt's Division of Infectious Diseases and director of the UPMC Community Hospital Antimicrobial Stewardship Efforts (CHASE) Program. "If given early to high-risk patients, this treatment works to prevent COVID-19-related complications. We look forward to research with next-generation monoclonal antibodies and hope to continue to find safe and effective treatments for our patients."

Monoclonal antibodies are a type of medication that seeks out the COVID-19 virus in a person's body and blocks it from infecting their cells and replicating. Currently, the U.S. Food & Drug Administration has granted Emergency Use Authorization to two monoclonal antibody treatments, which are given through a one-time IV infusion. This is the same type of emergency authorization given to the COVID-19 vaccines being administered in the U.S.

Federal and UPMC guidelines require the antibodies be administered within 10 days of COVID-19 symptom onset and diagnosis for patients at high risk of a poor outcome, including patients of advanced age, who are obese or those with conditions such as diabetes or lung disease.

UPMC has given monoclonal antibody infusions to 2,600 qualifying patients. The researchers analyzed data on the first 232 patients treated with bamlanivimab to learn how they've fared since their infusions. They compared antibody-treated patients' data to that of a matched set of patients of similar age and health status who had contracted COVID-19 and were eligible for the treatment but did not receive it.

The strongest effect was seen in older patients. Those age 65 and older who received monoclonal antibodies from UPMC were nearly three times less likely to be hospitalized or die in the following month, compared to their untreated counterparts. The results were less pronounced in younger populations, but overall, more positive results were seen in those who received monoclonal antibody infusions than in those who did not.

UPMC's data also showed a stronger positive effect the earlier patients received the treatment after contracting the virus, and a very low rate of adverse reactions to the infusion, all of which were mild.

"If there's one key take-away that we're seeing in our data, it's this: If you get COVID-19 and are at higher risk for severe illness, ask your doctor about monoclonal antibodies," said Graham Snyder, M.D., M.S., medical director of infection prevention and hospital epidemiology at UPMC and associate professor in Pitt's School of Medicine. "Don't hesitate. Early treatment, while your symptoms are still mild, may be essential."

UPMC offers monoclonal antibody infusions at 18 dedicated infusion sites in Pennsylvania, Maryland and New York, as well as in Emergency Departments, behavioral health centers and patients' homes. Patients and providers can find out more about monoclonal antibody treatment at UPMC by visiting upmc.com/AntibodyTreatment or calling 866-804-5251.

A $23 billion health care provider and insurer, Pittsburgh-based UPMC is inventing new models of patient-centered, cost-effective, accountable care. The largest nongovernmental employer in Pennsylvania, UPMC integrates 92,000 employees, 40 hospitals, 700 doctors' offices and outpatient sites, and a 4 million-member Insurance Services Division, the largest medical insurer in western Pennsylvania. In the most recent fiscal year, UPMC contributed $1.4 billion in benefits to its communities, including more care to the region's most vulnerable citizens than any other health care institution, and paid more than $800 million in federal, state, and local taxes. Working in close collaboration with the University of Pittsburgh Schools of the Health Sciences, UPMC shares its clinical, managerial, and technological skills worldwide through its innovation and commercialization arm, UPMC Enterprises, and through UPMC International. U.S. News & World Report consistently ranks UPMC Presbyterian Shadyside among the nation's best hospitals in many specialties and ranks UPMC Children's Hospital of Pittsburgh on its Honor Roll of America's Best Children's Hospitals. For more information, go to UPMC.com.??? ?????? 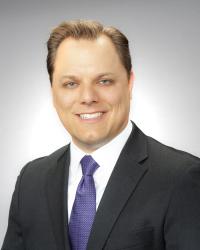 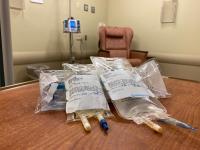