It's no secret that globalization, aided by climate change, is helping invasive species gain a foothold across the planet. What came as something of a surprise to Virginia Tech researchers was just how mutable these invaders are.

The scientists discovered that invasive plant species are not only highly adaptive, they are essentially able to change in order to thrive on new continents and in different types of climates, challenging the assumption that species occupy the same environment in native and invasive ranges.

The study, by Jacob Barney, an associate professor in the College of Agriculture and Life Sciences' Department of Plant Pathology, Physiology, and Weed Science and Dan Atwater, a lecturer in the Department of Biological Sciences at North Carolina State University and Barney's former post-doctoral advisee, was published Tuesday in Nature Ecology and Evolution, an online journal.

"This is important for both changing how we think about species and where they grow," said Barney, who is also a fellow in the Fralin Life Science Institute and an affiliate of the Global Change Center. "The findings also change our ability to predict where they will grow, and how they may respond in a changing climate. This could be a game-changer for invasive species risk assessment and conservation."

Atwater used data compiled by undergraduate Carissa Ervine, also an author on the paper, to test a long-held assumption in ecology - that the climate limitations of plants do not change, which means we can predict where they will grow. Small studies supported this supposition. However, the Virginia Tech researchers blew this assumption away by testing more than 800 species using new models developed by Atwater and Barney.

"Some people would say that invasive species have different distributions in a new climate. But we found they are occupying a wider range of new climates," said Atwater. "Species are changing in their ecology when they move from one continent to another. We should expect species to change, possibly permanently, when they cross continents."

The results have major consequences for applying environmental niche models to assess the risk of invasive species and for predicting species' responses to climate change. Species capable of changing their ecology and the climates they call home may pose a challenge to researchers using native range data to forecast the distribution of invasive species.

The driver behind the study was a desire to forecast the future distribution of invasive species which pose a serious threat to human, environmental, and economic health. The researchers began by posing the question: Do invasive species occupy the same climate in invasive range that they do in their native range? To find out, they compared native and invasive species.

Barney and Atwater examined 815 terrestrial plant species from every continent, along with millions of occurrence points, or locations where the plants have been known to occur, and compared models in the largest global invasive species study to date. They found evidence of climatic niche shifts in all of the 815 plant species introduced across five continents. A climatic niche refers to the set of climates in which a species has a stable or growing population.

Generally, their findings suggest that niche shifts reflect changes in climate availability at the continent scale and were the largest in long-lived and cultivated species. If species move to a warmer continent, for instance, they tend to shift towards occupying warmer climates. In short, cultivated plants with long lifespans are particularly adept at making themselves home in brand new climates.

"There are not only implications for predicting where invasive species will occur, there are management repercussions as well," said Barney. "As an example, for certain species we use biocontrol, introducing one organism to control another, an approach that may not be effective or safe if the targeted species undergoes ecological change. When we do climate modeling, we assume the climate niche may be the same when it may not be. So, there are a broad range of implications in a broad range of fields."

"By cultivating species -- bending them for agricultural or ornamental purposes and selecting for traits such as cold-hardiness, we push them into environments they would not have occupied," he said. "Those selection pressures in breeding, plus the environments we put them in, may exaggerate this change. Short-lived species, for example, go into dryer climates. So the take home is that different species' traits influence the direction of a niche shift."

Once Atwater and Barney understand these drivers more fully, they hope to be able to predict how the geographic range of an invasive species will increase in order to pinpoint areas likely to be invaded.

"The other piece layered onto this is the assumption that the climate is stable, which is not the case," said Atwater. "We have also relied on the assumption that a species is a species and its ecological tendencies remain constant. This too is not the case. Species vary in space and time. They behave differently on different continents and in different climates. Consequently, the concept of a species climatic niche is less stable and less clearly defined."

With food production, human health, ecosystem resilience, and biodiversity at stake as global invasions outpace our ability to respond, a greater understanding of climatic niche shifts is critical to future attempts to forecast species dynamics, according to the researchers. 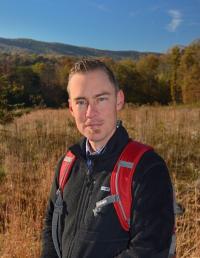