The nighttime twinkling of fireflies has inspired scientists to modify a light-emitting diode (LED) so it is more than one and a half times as efficient as the original. Researchers from Belgium, France, and Canada studied the internal structure of firefly lanterns, the organs on the bioluminescent insects' abdomens that flash to attract mates. The scientists identified an unexpected pattern of jagged scales that enhanced the lanterns' glow, and applied that knowledge to LED design to create an LED overlayer that mimicked the natural structure. The overlayer, which increased LED light extraction by up to 55 percent, could be easily tailored to existing diode designs to help humans light up the night while using less energy. The work is published in a pair of papers today in the Optical Society's (OSA) open-access journal Optics Express.

"The most important aspect of this work is that it shows how much we can learn by carefully observing nature," says Annick Bay, a Ph.D. student at the University of Namur in Belgium who studies natural photonic structures, including beetle scales and butterfly wings. When her advisor, Jean Pol Vigneron, visited Central America to conduct field work on the Panamanian tortoise beetle (Charidotella egregia), he also noticed clouds of twinkling fireflies and brought some specimens back to the lab to examine in more detail.

Fireflies create light through a chemical reaction that takes place in specialized cells called photocytes. The light is emitted through a part of the insect's exoskeleton called the cuticle. Light travels through the cuticle more slowly than it travels through air, and the mismatch means a proportion of the light is reflected back into the lantern, dimming the glow. The unique surface geometry of some fireflies' cuticles, however, can help minimize internal reflections, meaning more light escapes to reach the eyes of potential firefly suitors.

In Optics Express papers, Bay, Vigneron, and colleagues first describe the intricate structures they saw when they examined firefly lanterns and then present how the same features could enhance LED design. Using scanning electron microscopes, the researchers identified structures such as nanoscale ribs and larger, misfit scales, on the fireflies' cuticles. When the researchers used computer simulations to model how the structures affected light transmission they found that the sharp edges of the jagged, misfit scales let out the most light. The finding was confirmed experimentally when the researchers observed the edges glowing the brightest when the cuticle was illuminated from below.

"We refer to the edge structures as having a factory roof shape," says Bay. "The tips of the scales protrude and have a tilted slope, like a factory roof." The protrusions repeat approximately every 10 micrometers, with a height of approximately 3 micrometers. "In the beginning we thought smaller nanoscale structures would be most important, but surprisingly in the end we found the structure that was the most effective in improving light extraction was this big-scale structure," says Bay.

Human-made light-emitting devices like LEDs face the same internal reflection problems as fireflies' lanterns and Bay and her colleagues thought a factory roof-shaped coating could make LEDs brighter. In the second Optics Express paper published today, which is included in the Energy Express section of the journal, the researchers describe the method they used to create a jagged overlayer on top of a standard gallium nitride LED. Nicolas André, a postdoctoral researcher at the University of Sherbrooke in Canada, deposited a layer of light-sensitive material on top of the LEDs and then exposed sections with a laser to create the triangular factory-roof profile. Since the LEDs were made from a material that slowed light even more than the fireflies' cuticle, the scientists adjusted the dimensions of the protrusions to a height and width of 5 micrometers to maximize the light extraction.

"What's nice about our technique is that it's an easy process and we don't have to create new LEDs," says Bay. "With a few more steps we can coat and laser pattern an existing LED."

Other research groups have studied the photonic structures in firefly lanterns as well, and have even mimicked some of the structures to enhance light extraction in LEDs, but their work focused on nanoscale features. The Belgium-led team is the first to identify micrometer-scale photonic features, which are larger than the wavelength of visible light, but which surprisingly improved light extraction better than the smaller nanoscale features. The factory roof coating that the researchers tested increased light extraction by more than 50 percent, a significantly higher percentage than other biomimicry approaches have achieved to date. The researchers speculate that, with achievable modifications to current manufacturing techniques, it should be possible to apply these novel design enhancements to current LED production within the next few years.

The firefly specimens that served as the inspiration for the effective new LED coating came from the genus Photuris, which is commonly found in Latin America and the United States. Bay says she has also examined the lanterns of a particularly hardy species of firefly found on the Caribbean island of Guadeloupe that did not have the factory roof structure on the outer layer. She notes that she and her colleagues will continue to explore the great diversity of the natural world, searching for new sources of knowledge and inspiration. "The Photuris fireflies are very effective light emitters, but I am quite sure that there are other species that are even more effective," says Bay. "This work is not over."

EDITOR'S NOTE: Images of the firefly, scales and LED are available to members of the media upon request. Contact Angela Stark, astark@osa.org.

Optics Express reports on new developments in all fields of optical science and technology every two weeks. The journal provides rapid publication of original, peer-reviewed papers. It is published by the Optical Society and edited by Andrew M. Weiner of Purdue University. Optics Express is an open-access journal and is available at no cost to readers online at www.OpticsInfoBase.org/OE.

Uniting more than 180,000 professionals from 175 countries, the Optical Society (OSA) brings together the global optics community through its programs and initiatives. Since 1916 OSA has worked to advance the common interests of the field, providing educational resources to the scientists, engineers and business leaders who work in the field by promoting the science of light and the advanced technologies made possible by optics and photonics. OSA publications, events, technical groups and programs foster optics knowledge and scientific collaboration among all those with an interest in optics and photonics. For more information, visit www.osa.org.

Are you looking for a way to save money on auto insurance? We've taken the mystery out of this confusing subject by outlining 10 simple steps to saving money while getting the best coverage for yourself and your car. Welcome:
Auto Insurance reviews 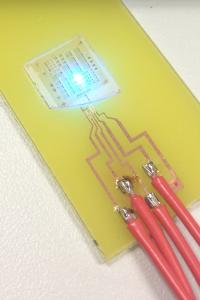