The cells and tissues in our bodies grow, develop and interact in a highly complex, three-dimensional world. Likewise, the various microbial pathogens that invade our bodies and cause infectious disease interact with this complex 3-D tissue milieu. Yet the methods of culturing and studying human cells have traditionally been carried out in two dimensions on flat impermeable surfaces. While such 2-D culturing and modeling efforts have produced a steady stream of critical insight into cell behavior and the mechanisms of infection and disease, 2-D cell cultures have key limitations in terms of accurately reproducing the tissue environment in vivo, that is, the environment found within a living organism.

In the current issue of the journal Nature Reviews Microbiology, researcher Cheryl Nickerson and her team at the Biodesign Institute at Arizona State University highlight an innovative approach for studying cells in 3-D. They are examining the potential of such research to greatly expand science's understanding of disease onset and progression, particularly the responses of host cells to infectious pathogens. Such work provides fresh insight into the mechanisms of infectious disease and holds the potential for the design of novel or improved therapeutics, more accurate drug screening and improved evaluation of potential vaccine candidates.

Despite enormous progress in understanding how infectious pathogens successfully evade the immune system and cause disease, and the successful treatment or eradication of some of these deadly illnesses; infectious diseases remain a huge health and economic burden, particularly in the developing world. They continue to cause roughly 35 percent of all fatalities worldwide, killing some 14-17 million people annually. Many of these deaths could be prevented through the development of in vitro models of human cells and tissues that better mimic in vivo environments.

Before the advent of 3-D culturing methods, human cells used for research were typically grown on flat surfaces (often composed of treated polystyrene or glass), resulting in the growth of 2-D cell sheets known as monolayers. However, isolating cells from their 3-D architecture and native microenvironment comes at a price. As Jennifer Barrila, one of the lead authors of this review explains, "we know that if you take a biopsy from a tissue, homogenize it and plate it on a flat surface and follow its growth, it's going to immediately de-differentiate and start losing a lot of the features and functions that it normally has in the body, because it is no longer in that characteristic 3-D shape. "

A number of innovative techniques now exist to establish 3-D cell culture models that are better able to mimic the in vivo characteristics of cells and tissues in the body. The current review focuses on using one such promising technology that was originally developed by NASA engineers to simulate aspects of the microgravity environment encountered by cells cultured during spaceflight.

This technology, known as a rotating wall vessel bioreactor or RWV, is a cylindrical, rotating apparatus, filled with a culture medium supplying essential nutrients to the cells. The natural sedimentation of cells due to gravity is balanced by the bioreactor's rotation, resulting in a gentle falling of cells within the media in the chamber. During culture, the cells are attached to porous microcarrier beads (or other scaffolding) which allows for cellular responses to chemical and molecular gradients in three dimensions in a manner closely mimicking the conditions encountered by tissues in vivo. Under these conditions, the cells will aggregate to form 3-D tissue-like structures.

The cell culture environment within the RWV bioreactor is also designed to replicate natural, physiologically relevant conditions of low fluid shear found in the body. Fluid shear is the mechanical force exerted by the movement of fluids over cell surfaces and has been found to play an important role in cellular differentiation, development and function. Intriguingly, experimental research carried out by Nickerson and her team has implicated low-fluid shear environments in regulating the infectious disease potential of certain human pathogens. Specifically, conditions encountered by pathogens in certain areas of the gastrointestinal, respiratory and urogenital tracts represent low fluid shear environments that have the potential to alter the outcome of the infectious disease process.

Over the past decade, the Nickerson group and colleagues have published their 3-D models of the small and large intestine, lung, placenta, neuronal tissue and vaginal epithelium. Such models offer exciting new insights into cell proliferation, differentiation and immune function, and are providing a platform to understand normal tissue homeostasis and transition to disease. Furthermore, these 3-D models have also unveiled new ways that pathogens cause disease and have expanded the range of pathogens that can be studied in vitro. Essential to this line of research, 3-D models respond to infection in important ways that mimic the infected host.

These studies include infection of 3-D intestinal tissues by food-borne bacterial and viral pathogens including Salmonella typhimurium and norovirus, respectively, and infection of 3-D lung tissues by the bacterial pathogen Pseudomonas aeruginosa. Nickerson stresses that 3-D tissue modeling has opened the door to examining a variety of host-pathogen interactions that were previously difficult or impossible to study through conventional means.

Nickerson also sees a promising future for 3-D cell cultures in facilitating the translation of basic science to the clinical setting. She emphasizes that the development and use of a series of increasingly complex 3-D model systems that incorporate multiple cell types will enable the study of a broad range of human diseases, including those caused by infection and genetic disorders like cancer. Moreover, the incorporation of these models as surrogates for human tissues in the early stages of the drug design process can potentially aid in reducing the number of inadequate drug candidates that enter into clinical trials by providing in vitro models that are more predictive of in vivo responses, thereby reducing the time and cost of getting a therapeutic to market.

The research for the group's review was carried out by lead co-authors Jennifer Barrila and Andrea Radtke, along with Shameema Sarker and Aurélie Crabbe of the Nickerson group, Melissa M. Herbst-Kralovetz at the Biodesign Institute, and C. Mark Ott at the NASA Johnson Space Center.

In addition to her position at Biodesign Institute's Center for Infectious Diseases and Vaccinology, Cheryl Nickerson is associate professor of life sciences at Arizona State University's School of Life Sciences.

The world is not flat: Exploring cells and tissues in three dimensions 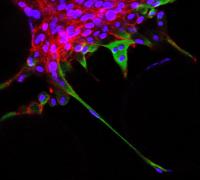 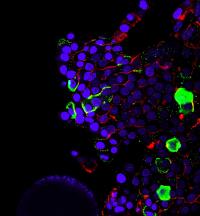